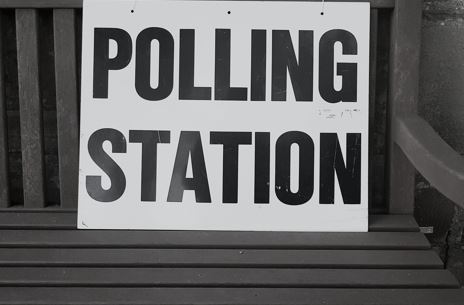 Community groups and residents are asked to give their views to a review of polling stations in St Albans District.

Now the Council is consulting on the location and suitability of the polling stations where people will go to vote.

In particular, it wants to ensure the stations are accessible to all including people with a disability.

As part of the review, the Council is also looking at polling districts, designated areas within wards that determine which polling station voters are assigned to. There are two to five such districts in each ward.

The consultation starts on Monday 6 September and runs until Friday 29 October. People can find details about the proposed polling districts and stations and give their views here: www.stalbans.gov.uk/polling-stations-districts-and-boundaries.

A report on the feedback will be given to the Council’s Licensing and Regulatory Committee which will consider the findings before deciding on any changes.

The list of approved polling districts and stations will then be published in February next year. Voters are urged to check their poll cards carefully when they are sent out in March 2022 as their polling station may have changed.

With the ward boundaries changing, this is an opportune time to have a fresh look at our polling districts and stations.

It is vitally important that our stations are in appropriate locations and can cater for everyone, especially those with particular needs.

We want to hear any concerns people may have and particularly want the views of those with an interest in accessibility.

I would ask people to have a look at the proposals and take part in this consultation. We have the District Council elections next year and want to ensure we have the best possible polling stations in place for that time.

The Boundary Commission’s review has resulted in the number of District Councillors being reduced by two to 56 with a number of new wards being created.

Among the new wards are Sandridge and Wheathampstead, Hill End and Harpenden North and Rural.

Details of all the wards and new boundaries can be found here: https://www.lgbce.org.uk/all-reviews/eastern/hertfordshire/st-albans.

Normally, around a third of District Councillors are elected for four year terms every three out of four years.

However, following the Commission’s revisions, all 56 Council seats will be up for election in May next year.

Elections will continue to be “in thirds,” meaning the terms will initially be for one, three or four years. Four year terms will return for all seats in future elections.

The Boundary Commission is tasked with carrying out occasional reviews of electoral districts to try and ensure each Councillor represents approximately the same number of voters.

They also try to create ward boundaries that reflect the interests and identities of local communities.

Photo by Steve Houghton-Burnett on Unsplash