The Mayor's Pride Awards were held on 29 March 2022. Please see below for a list of the winners of the awards.

An exceptional child or young person who deserves recognition for their talent, positivity, energy or strength of character.

A project undertaken by an organisation, group or individual that has identified and met a local need

A business in St Albans District that works with the public or local organisations to benefit the community.

A group or individual showing innovation or commitment to improving the environment locally.

An organisation that delivers outstanding service to the community, primarily using volunteers.

This award will be given to an individual, group or project that unites people of different backgrounds and abilities

This special award will be given to somebody who worked throughout the pandemic delivering essential services to the community.

In addition, The Mayor, Cllr Edgar Hill, will make a special award to an organisation or individual he would like to personally recognise for outstanding work during his year as Mayor

Cllr Edgar Hill, Mayor of the City and District of St Albans

Cllr Hill has been a District Councillor since 2014. He was born to an Italian mother and English father and was brought up in Milan and Radlett. He has worked in the financial services sector for 40 years.

He has lived in St Albans for 12 years and as a Councillor, he has taken a special interest in planning issues as he represents a ward, Verulam, that includes a conservation zone.

His charity for his year as Mayor has been Youth Talk.

Ameeta is a Hertfordshire entrepreneur and a passionate social activist. As a member of Soroptimist International and FACE she supports the local community promoting human rights and gender equality. Ameeta co-ordinates and adjudicates the English-Speaking Union Public Speaking competition for Hertfordshire.

Stephen is Chief Executive of Communities 1st, the voluntary sector infrastructure organisation for St Albans and Hertsmere. In his spare time, he is involved with a number of voluntary and community-based enterprises. This includes volunteering as chair of Volunteering Herts CIC, as an Enterprise Advisor for a national non-profit, and as a Trustee for two national organisations – National Association of Voluntary and Community Action (NAVCA) and the Community Transport Association (CTA).

Finn is a member of the band Princes to Kings who are previous winners of a Mayors Pride Award. He plays drums and does backing vocals in the band. Princes to Kings was formed originally to raise awareness and money for epilepsy charities as their eldest brother has severe epilepsy. Finn is looking forward to hearing the amazing stories of those who have helped the community in St Albans.

I joined Radio Verulam at the beginning of the pandemic - literally March 2020.  I had just left my corporate job and was contemplating what next.  I was very keen to find something community based.  Without much knowledge of how to volunteer - I did a Google search which suggested Radio Verulam, so I applied for a role!  Initially I joined as Volunteer Manager (having an HR-related background) and after a few months I joined the board, started broadcasting and latterly in 2021 became chair.

I am originally from North London but have lived in St Albans for the last 22 years.  My involvement with Radio Verulam has been a great way of really finding out what’s going on in the community and connecting with local people.

Born in Jamaica, I have lived in St Albans for the past 52 years. I’ve worked in the NHS for 42 years, both in St Albans and across England. As an avid campaigner against injustice, I have worked within the community since my 20s. After working in various NHS roles including monitoring services and developing strategies for community and stakeholder engagement, in 2015 in addition to my work I became a Black, Asian and Minority Ethnicities (BAME) network representative.

As Treasurer and Chair of St Albans African Caribbean Group and Treasurer and committee member of St Albans Community Forum, I worked to help make changes for all ages and cultures in and around St Albans and District. I am at present Chair of Active Lifestyles, a luncheon club that aims to combat isolation by providing activities and Caribbean food for seniors of all cultures.

I became Chairman of Faith and Cultural Enterprise (FACE) in 2016.  FACE brings together a variety of faiths and cultures from St Albans District to promote mutual respect, understanding, trust and friendship.

I also chair a FACE subgroup which aims to break down barriers between the community and the police, in particular with young people.

I have lived in St Albans for almost 30 years and have two adult sons who live close by. I spent my childhood in Cheshire on my parent’s farm and after obtaining a physics degree from Oxford, I spent most of my working life as a Civil Servant, working in HM Revenue and Customs and the Home Office.  I was awarded a CBE in 2010 and since retiring I have worked as a volunteer and Director of St Albans Credit Union.

I became a Trustee of St Albans Civic Society in 2016 and was elected Chairman in 2020. The Civic Society is a registered charity and is the conservation and amenity movement for St Albans. We welcome everybody who is interested in the future of St Albans and we are often referred to as the “City’s Watchdogs”.

The Daylight Club is a social club in St Albans for people with disabilities. The group was runner up in the Community Project of the Year category in the 2020 Mayor’s Pride Awards. It has been running for many years, co-ordinated by Salpi Gulbekian. This group – made up of people of various ages from a wide variety of backgrounds – has advised the Council on its new Equality, Diversity and Inclusion Strategy. The group is also part of the St Albans and District Access Forum. The Daylight Club will be working together as a group to help decide the winners of this year’s Awards.

Cultural Innovation Award
This award is given to a person, group or project that has contributed to the arts, culture or sport, inspired creativity, or simply made St Albans District a better place to live

This award is given to an exceptional child or young person who deserves recognition for their talent, positivity, energy or strength of character

Community Project of the Year

This award is given to recognise a project undertaken by an organisation, group or individual that has identified and met a local need

Community-Oriented Business of the Year

Environmental Champion of the Year

This award is given to a group or individual showing innovation or commitment to improving the environment locally.

an organisation that delivers outstanding service to the community, primarily using volunteers.

This award is given to an individual, group or project that unites people of different backgrounds and abilities

In November 2021 The Mayor attended an event and exhibition at the Clock Tower to highlight a grim reality facing many women up and down the country, and one which worsened over the course of the pandemic. Domestic Abuse Alliance – a charity based here in St Albans – was highlighting the number of women killed by abusive partners every year using portraits drawn by artist Holly Ringrose.

The Mayor found this to be a powerful way of representing the tragedy of domestic abuse and awards his special Recognition Award to Domestic Abuse Alliance in acknowledgement of their important work in bringing this to wider attention. 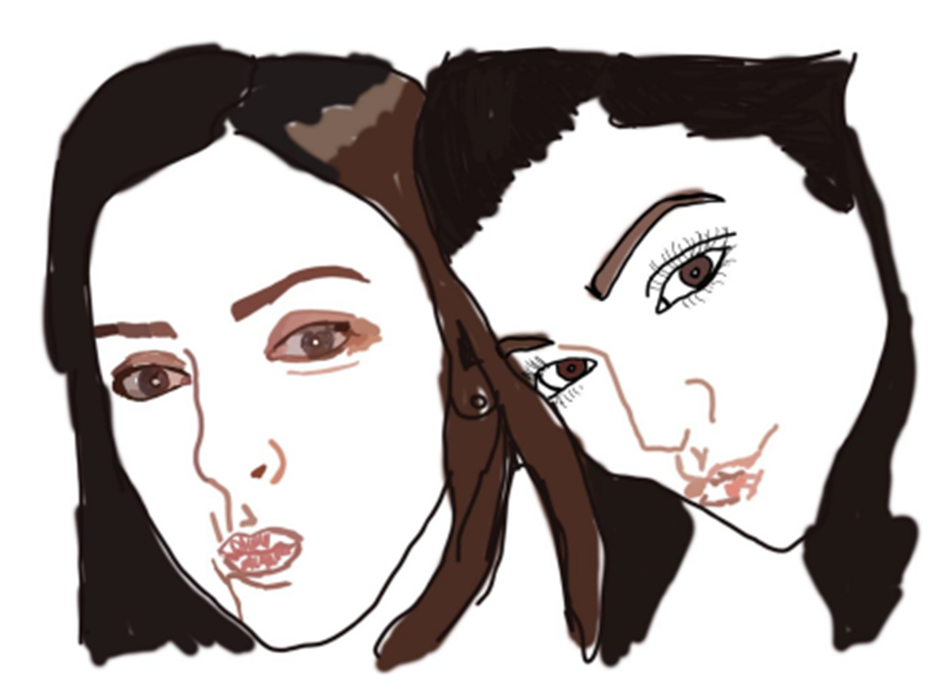 The Mayor's Special Commendation went to a performer who notched up more than 200 hours of lockdown performances keeping the community entertained during the Pandemic - Martyn Lopes-Dias, aka Elvis Shmelvis! 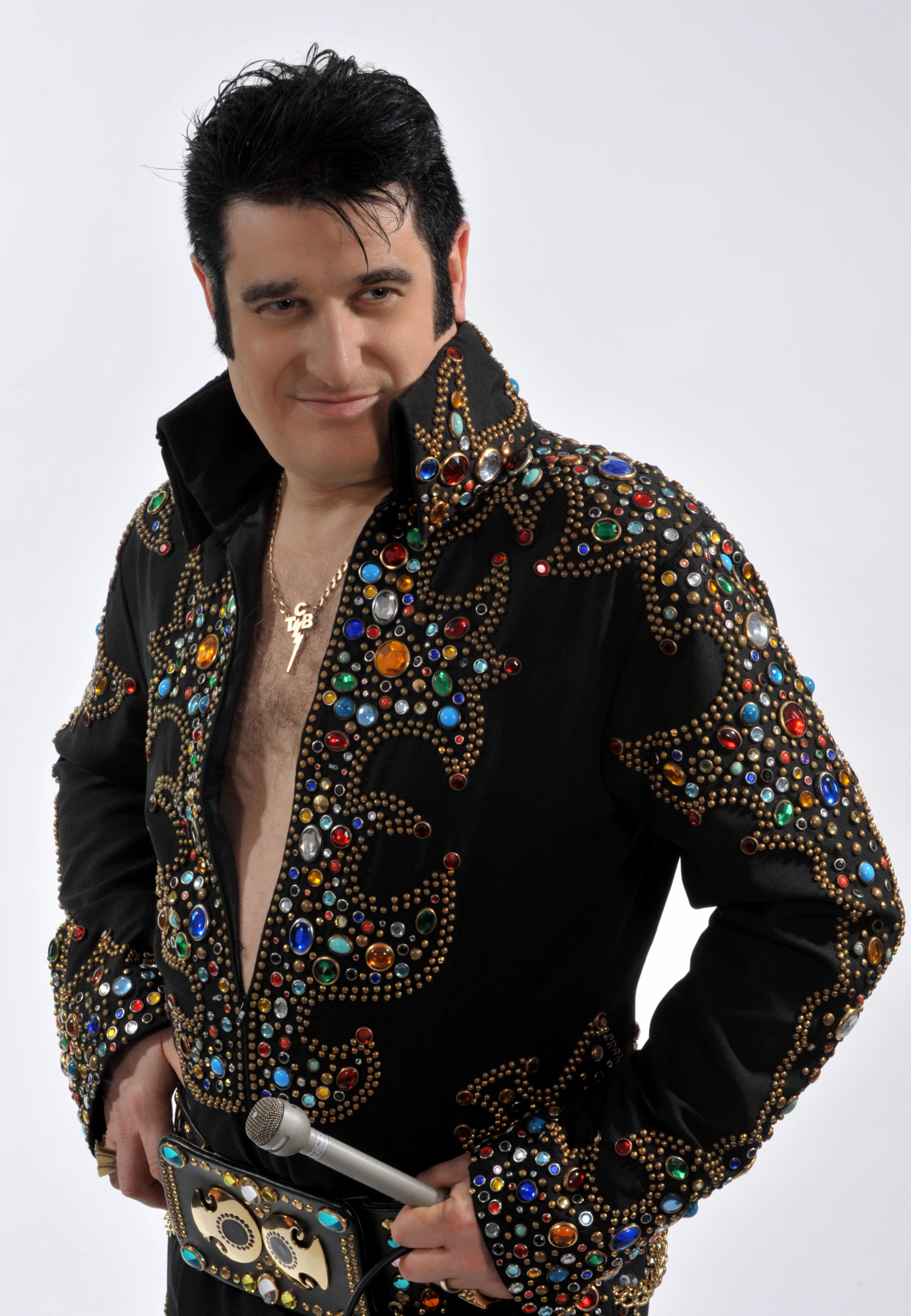