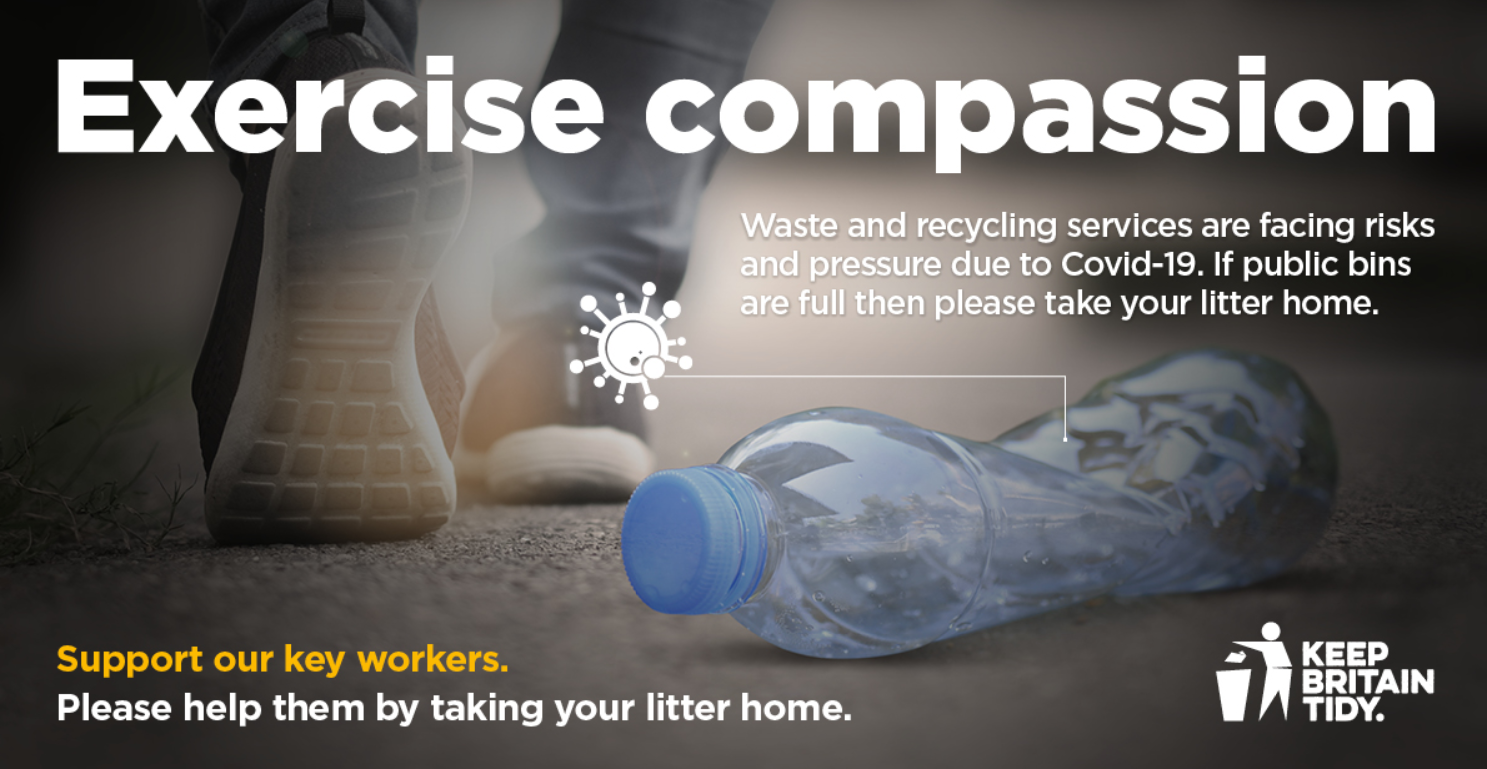 Action is being taken to deal with excess litter in St Albans District’s parks and green spaces during the Covid-19 lockdown.

Extra bin-emptying patrols by park rangers and the distribution of large bin bags to picnickers or other groups are among the new measures.

The move follows a surge in the number of people flocking to the District’s parks and open spaces during the recent warm weather.

An increase in park users has also been caused by the closure of pubs, restaurants, shops, cinemas, gyms and other leisure businesses.

This has resulted in more litter being generated than normal at Verulamium and Clarence parks, St Albans, and Rothamsted Park, Harpenden, along with other popular locations.

Although the lockdown has begun to ease, it is likely that there will be unusually high numbers of park visitors throughout the summer.

St Albans City and District Council is taking action as the excess waste is putting a strain on existing resources.

The Keep Britain Tidy charity has reported that a rise in litter during the lockdown is a national problem and has launched a campaign to highlight it.

The Council is working on a plan to tackle the issue in the District along with its grounds maintenance contractor, John O’Conner, and waste contractor, Veolia.

More bin-emptying patrols are already being undertaken at parks and further early-morning sweeps after particular busy days will be initiated.

Another proposal is for more bin bags to be handed out with a park ranger being dedicated to the task at weekends.

The Council is also looking at positioning extra bins at key points, ensuring they are well signposted and easily accessible to service vehicles.

Another initiative is to place more signs around parks in strategic points to urge people to dispose of their waste properly.

Ways of improving the recycling of waste collected at the parks is also to be investigated.

The measures will come into force shortly in an effort to maintain the parks in top condition.

Park rangers have been working flat out to cope with the high numbers of visitors, earning praise from the public for their extra efforts.

Our parks staff have been at full stretch dealing with the consequences of so many more people coming to our parks.

Residents even took the trouble to email me in praise of the amazing work the rangers are doing to maintain the parks in good condition.

It is fantastic that people are exploring our wonderful open spaces as a safe place to meet family and friends, take some exercise, have a picnic and let children play.

We want to encourage people to enjoy the great outdoors, but the very high numbers have resulted in far more litter than the current number of bins can cope with.

We will be taking action to deal with this, but we also need the public to support our efforts.

There is no excuse for dropping litter on the ground or not clearing up after yourself and I am sure the vast majority of people will refrain from doing that. If the bins are full, we would ask people to take their litter away with them rather than dump it beside the bins.

Verulamium and Clarence Parks both have Green Flag awards, national recognition of high environmental standards, and we want to ensure that they retain that status.