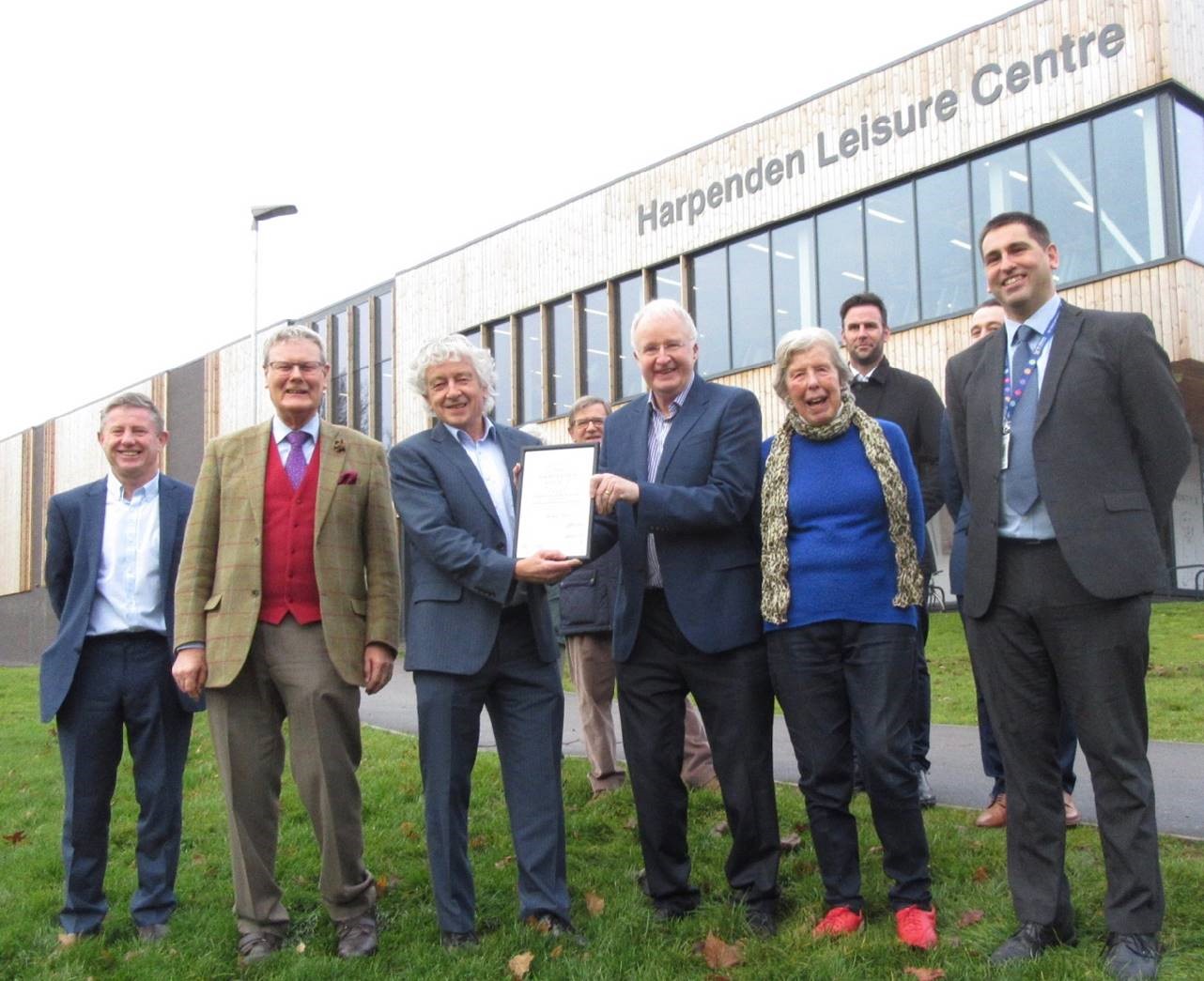 Harpenden’s new leisure centre has been presented with an award for the lasting contribution it is making to the community.

The centre was rebuilt by owners St Albans City and District Council as part of a £20 million development that also included the creation of a new culture centre.

Now the Harpenden Society, which campaigns to improve the town, has awarded the centre its Certificate of Merit.

This is in recognition of the range and quality of the sports facilities that are on offer to residents.

Councillor Anthony Rowlands, Chair of the Council’s Public Realm Committee, and Cllr Robert Donald, Chair of the Regeneration and Business Committee, received the award from Society Chair Phil Waters at a presentation ceremony.

I am thrilled that the efforts of all those involved in redeveloping the leisure centre have been recognised by the Harpenden Society.

This is a first-class centre which can help residents achieve good physical and mental health and wellbeing through participation in swimming, gym sessions, spin cycling, exercise classes, badminton and other sports.

We are proud to have delivered such a magnificent centre for Harpenden and the surrounding villages and pleased to be commended in this way by the Society.

The centre, on the edge of Rothamsted Park, is managed on the Council’s behalf by leisure contractor 1Life.

The new culture centre is nearby on the site of the old sports centre and is named after comedy legend Eric Morecambe, a former Harpenden resident.

The Society is delighted to make an award to recognise the significant contribution that the completely rebuilt and updated leisure centre will make to the Harpenden community.

The improved facilities are excellent and will be central to helping ensure the well-being of our community long into the future.