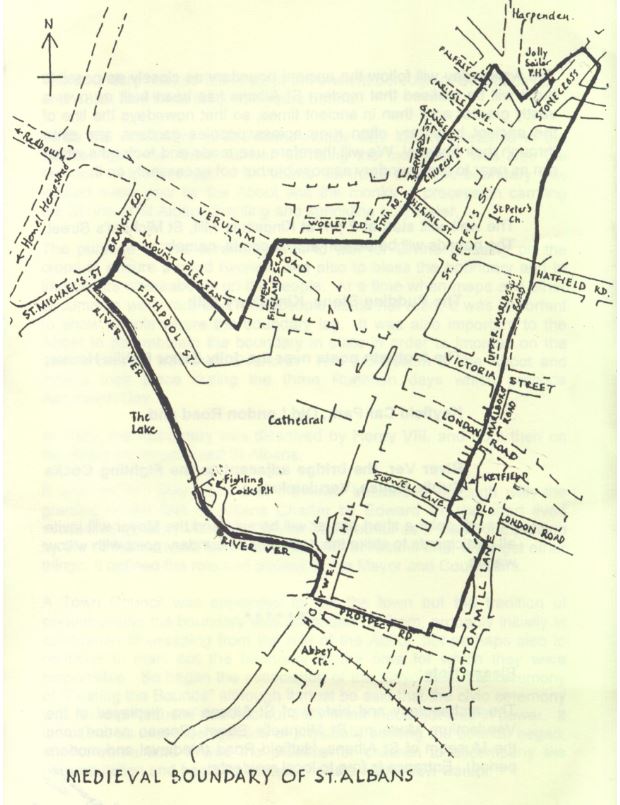 Residents are being asked by the Mayor of St Albans to maintain the ancient custom of Beating the Bounds.

The traditional ceremony dates back 700 years to 1327 and involves a procession led by the Mayor along the 4.5 mile boundary of the City.

However, the annual event has been ruled out this year because of concerns about COVID-19.

Instead, Councillor Janet Smith – the outgoing Mayor – is urging people to Beat the Bounds alone or in small socially-distanced groups at a time of their choosing.

In the past, the ceremony was used by people to pass on knowledge of where the boundary lay and to exert their rights as citizens.

It starts at the pudding stone in front of Kingsbury Mill, St Michael’s Village, and moves on to the boundary mark near the Jolly Sailor pub, Stonecross.

From there, the route goes to Keyfield Car Park, Old London Road, and the Fighting Cocks pub before a walk through Verulamium Park, returning to the pudding stone.

The walk takes little more than an hour and along the way, wands made out of willow are used to beat the ground at significant locations.

Beating the Bounds was to be one of my last acts of Mayor before my term of office finishes.

Unfortunately, it was felt that we could not justify holding it as it normally attracts quite a significant gathering.

Instead, I would ask people to beat the bounds themselves in the coming weeks to preserve this ancient custom which hopefully will be back in its normal form next year.

It is a very pleasant and healthy way to spend an hour or so, taking in the sights, sounds and history of our great City.

Beating the Bounds has its roots in a rebellion in medieval times against the authority of the established church.

Following a riot by the townspeople against the Abbot, 24 citizens walked around the town in 1327 to lay down its boundaries.

They declared their rights and freedoms within this area should be respected and their action has been celebrated since with the Beating the Bounds ceremony.