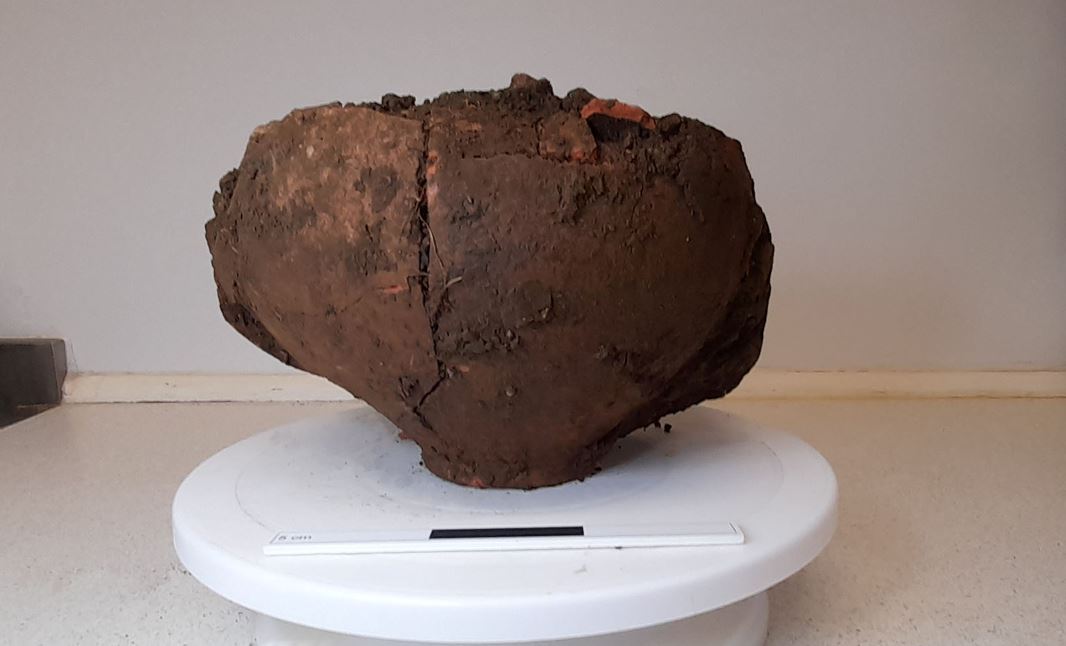 Archaeological research is underway at the site of two new all-weather tennis and netball courts in Verulamium Park in St Albans.

The location, beside the Abbey View Athletics Track, lies within the ancient Roman City of Verulamium.

Contractors building the courts have excavated around 650 cubic meters of spoil to a depth of around 1.2 meters.

This gave experts an opportunity to see if they could uncover any interesting or valuable Roman remains.

St Albans City and District Council hired KDK Archaeology to carry out the investigations and they are now analysing several discoveries.

The main feature on the site appears to be part of a gravel quarry which has later silted over to form a pond or lake.

Its full size is unknown as it extended beyond the southern and western limits of the excavation, but it was at least 16.5m by 23m.

Also present was an urned cremation - bone fragments and charcoal collected from a funeral pyre and buried in a pot.

Samples of the charcoal or bone will be sent for carbon dating while the remains of the urn will be analysed by a pottery specialist.

This is a relatively small site but being located in Verulamium it was important to excavate here.

The quarry and cremation are probably Roman, and their presence has given us a further small insight into the activities of the people of Roman St Albans.

The Council, which owns the park, is building the courts on unused land to replace three aged courts which were converted into a children’s play area two years ago.

They will be available for all to hire and are intended to encourage players to take up the game and progress to the indoor courts at Batchwood Sports Centre.

They will be marked out for netball, suitable for wheelchair users and are scheduled to open by the end of this summer.

It is great to see this project coming to fruition.

The old courts had reached the end of their life some time ago and badly needed to be replaced.

As well as being new and fit for purpose, these two courts will be a lot closer to our other sports facilities at Westminster Lodge and the athletics’ pavilion as well as the car park.

We believe they will be much more convenient for people which should encourage greater use.  The project shows our commitment to providing community tennis in St Albans and it will also be good to see netball being played in Verulamium Park again.

Pictures: the cremation urn, top, and the site of the tennis courts, bottom.