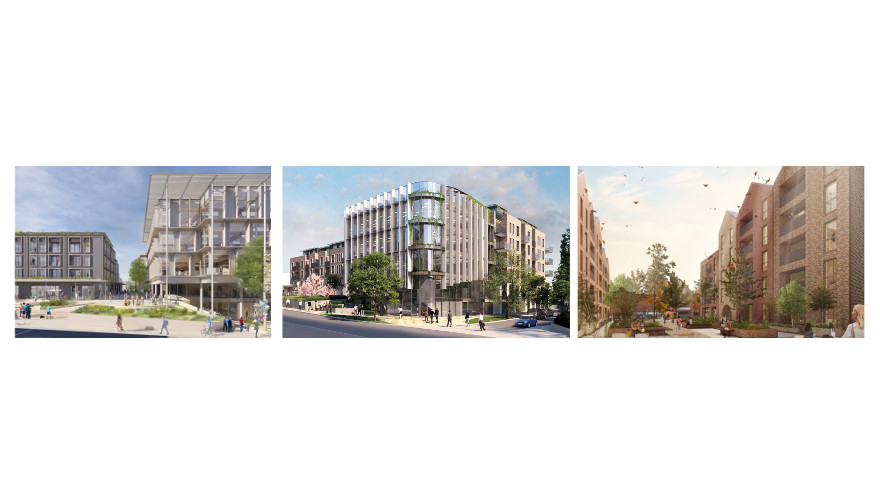 Three new designs for a major St Albans City Centre development have been put forward – with residents being asked to help select the best proposal.

St Albans City and District Council is developing an area near the Alban Arena on the site of a former police station and NHS clinic.

The plan is for a mixed £60 million development of affordable homes, homes at market value and commercial space.

Planning permission for a three-block design was obtained in 2017 but the Council has since decided that substantial improvements are required.

Three architectural firms were invited to enter a competition by drawing up enhanced designs and these have now been completed.

The three concepts are to be put on show next month at eight events across the District and can also be viewed on the Council’s website.

Architects from the three schemes will also give a special presentation to Councillors, community groups and residents from 7pm at the Civic Centre, St Peter’s Street, St Albans, on Wednesday 25 March.

Businesses, residents and other organisations are being asked to view the designs before giving their preferences in a short survey.

Once all the feedback has been evaluated along with other considerations, a decision will be taken on which design the Council will progress to a planning application.

The development site on the corner of Victoria Street and Bricket Road, which also includes the Quaker Garden, has been called the City Centre Opportunity Site South (CCOS South).

We have a once in a lifetime opportunity to redesign a vital part of our City Centre and create a new development fit for the twenty first century and beyond. I want to see an iconic landmark scheme built on this site that has an architectural wow factor, benefits St Albans’ economy and provides new residential accommodation. Above all, it needs to be a development that residents are proud of, businesses want to occupy, visitors wish to explore and newcomers choose to live in.

This is a prestige site, right in the heart of the City, that deserves to have buildings and public spaces that enhance and enliven its centre for generations to enjoy today and tomorrow. To achieve this, it is important that the best possible use is made of the site.

It needs to both catch the eye and serve a vital purpose by providing more much-needed housing for the District, including affordable homes, as well as offering commercial and business space to help grow the local economy and benefit our City’s retailers.

The architectural competition has produced three very different designs but I believe all of them will meet the aims I am seeking to achieve. But we can only build one.

So now it is over to you. This is your City and we want to hear what you think about these designs and why you would like to see one built more than another. We are asking residents, shoppers and those who work in St Albans to get involved by looking at each of the proposed exciting new plans and express their preferences to help us decide which design is the best for the City.

I’m very much hoping that residents right across the District will give us their views. We will then see what emerges from the consultation before deciding which design we should turn into a full planning application.

Design One – features an office building with a strong civic quality inspired by the nearby Town Hall as well as three residential blocks with business space on the ground floors. There would also be a landscaped piazza similar to Granary Square in King’s Cross, London.

Design Two – includes a landmark commercial building on the most prominent corner of the site with a curved, glazed façade, separated by lush green walls from a residential block.

Design Three – has an office building of low carbon structure sited close to the magistrates’ court and two residential buildings with a landscaped promenade running through the site.

The designs can be viewed in detail on the Council’s website at www.stalbans.gov.uk/ccoss from Monday 2 March. The survey can be completed at www.surveymonkey.co.uk/r/CCOSSDC until Friday 27 March.

The designs can also be viewed at the following engagement events next month between 10am and 4pm unless stated:

Once a design has been chosen, planning permission will have to be obtained before it can be built.