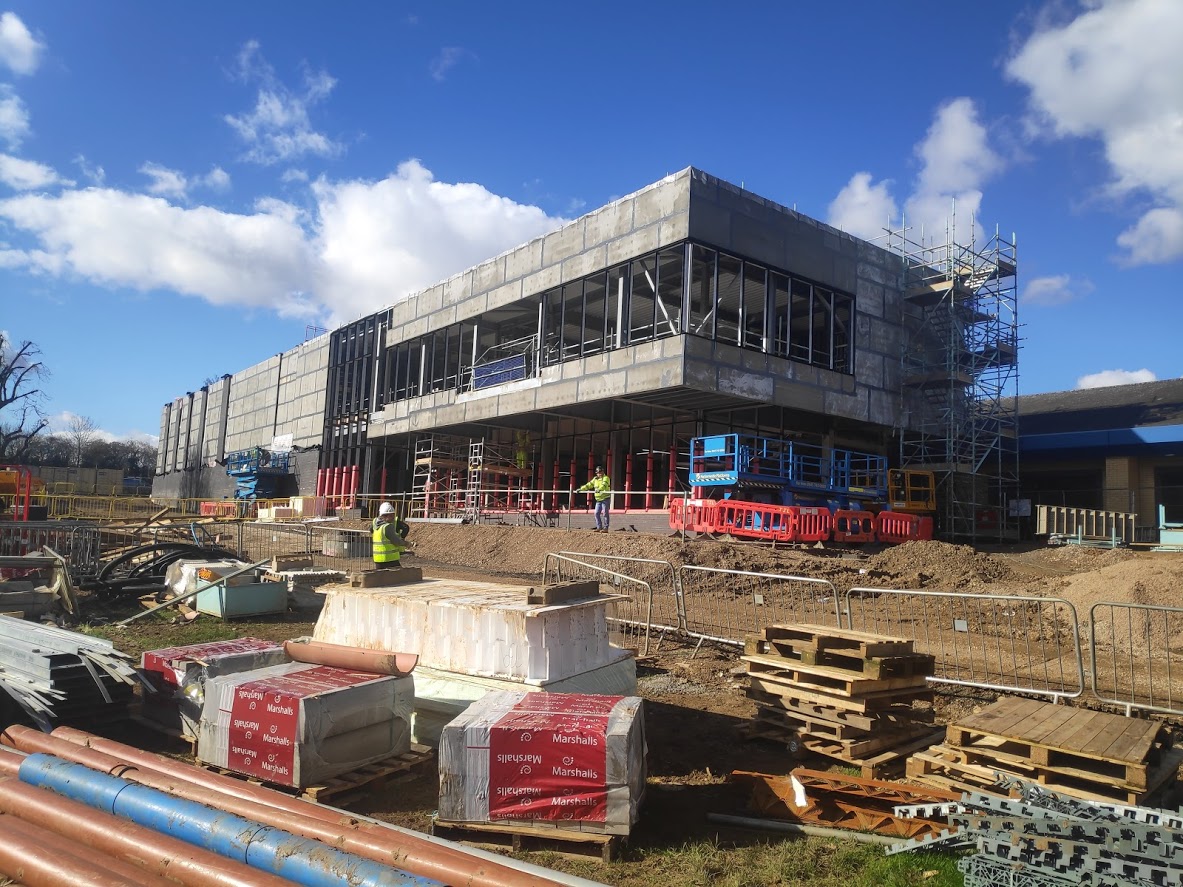 Extra borrowing has been recommended to complete the ambitious development of new leisure and cultural centres in Harpenden.

These have been due mainly to an issue with a roof and delays caused by the Covid-19 pandemic.

This has resulted in the project’s overall construction bill rising from the £18.4 million that was estimated early this year.

The Council has already borrowed £13.5 million for the project with additional finance coming from other sources including the redevelopment of Harpenden Public Halls.

When the original project budget was agreed in 2016, a contingency fund to cover unexpected costs was authorised.

This was set at 8% of the construction budget rather than the 10% recommended by the Council’s capital projects protocol. The contingency was then reduced down to 1.8% at the final pre-construction stage.

Council officers are negotiating with Willmot Dixon about the sum that the company should receive to cover the additional spending and a fair share of the costs involved between the two parties.

An update on the project’s finances was given to a meeting of the Council’s Cabinet on Tuesday 21 July.

Cabinet recommended to Full Council that more money should be borrowed to ensure the new centres in Rothamsted Park can be completed.

I inherited this redevelopment project as Portfolio Holder when building construction was already well advanced on site. We really have no choice but to ask Full Council to allow for the extra borrowing to see this vital project through to the end.

The alternative of stopping work on building the Cultural Centre would leave a half- finished building, expose the Council to more not less contractual costs and result in Harpenden residents not being able to use a great new facility.

New Government guidance was issued after the contract was signed which meant the Cultural Centre roof had to be substantially rebuilt to meet higher structural standards. We have a public duty to meet these new requirements and it is the sort of difficulty that all large refurbishment projects involving existing buildings like these can run into.

What has, of course, also been completely unexpected is the impact of the Covid-19 pandemic which resulted in a need for social distancing on the construction sites.

The resultant delays have inevitably led to the construction budget rising and we are going to have to bear some of the costs of that.

New modern leisure and cultural centres, encouraging people to stay fit and explore the arts, will provide Harpenden and the surrounding area with a wonderful community asset that will last for decades and be enjoyed by generations of residents there and across the District.

I am sure our residents will agree with us that we need to finish this project now because not to do so will fail to represent any sort of value for money.

The new leisure and cultural centres will be in Rothamsted Park and serve Harpenden, Wheathampstead and nearby villages.

The existing swimming pool building is being turned into the new leisure centre.

The nearby sports centre is being converted into a cultural centre, replacing the ageing Public Halls in Southdown Road.

It will include a 511-seat theatre, two function rooms, an exhibition space, bars on two floors and a café overlooking the park.

During building work, it was discovered that the sport centre’s roof was not strong enough for extra plant and more beams would have to be installed.

Social distancing at the construction site is resulting in around one week’s delay for each month of the contract.