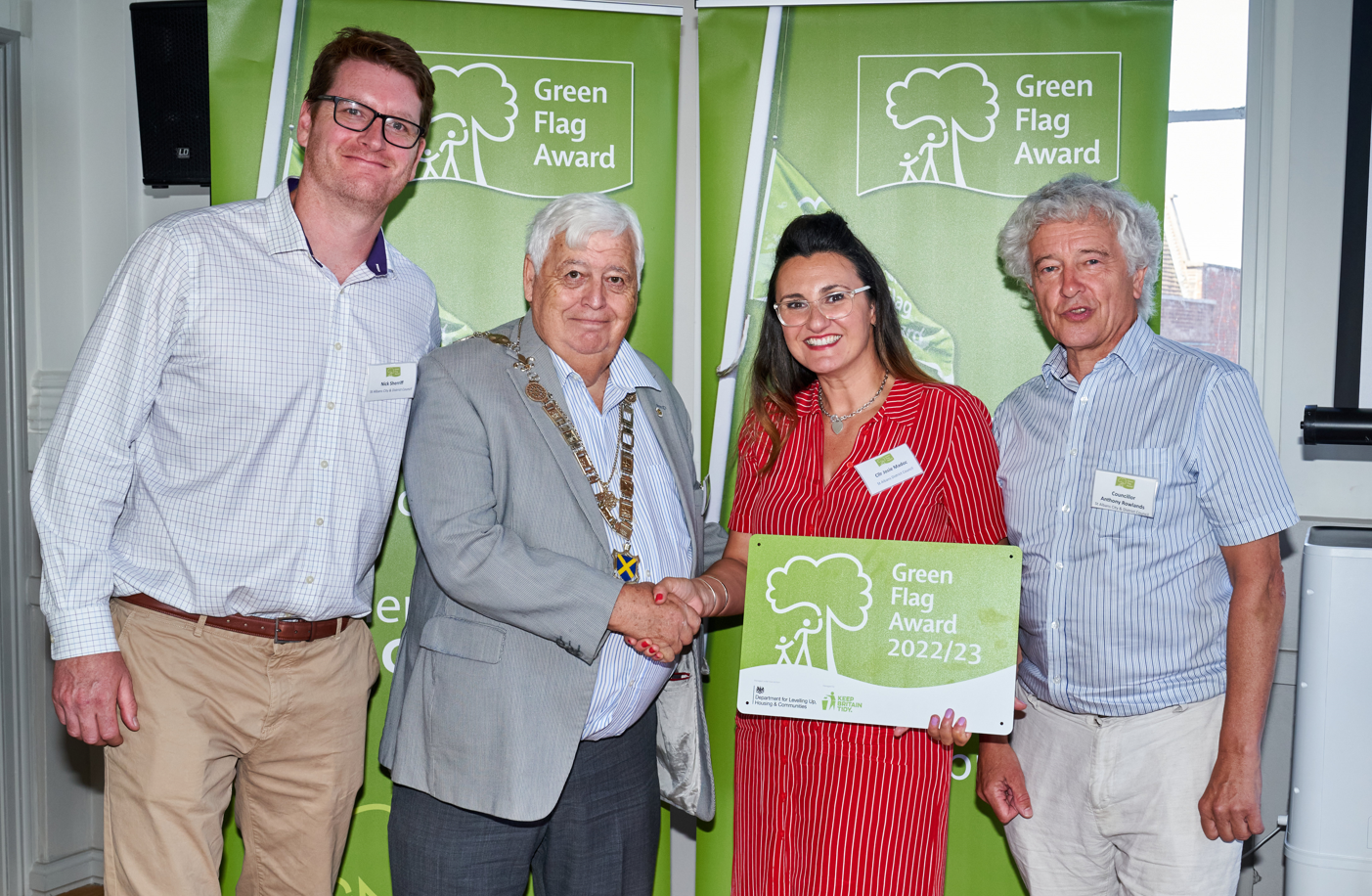 The award of more than 50 Green Flags to parks and open spaces throughout Hertfordshire was celebrated at an event in St Albans.

In addition, Verulamium Park was awarded Green Heritage Site Accreditation for the management of its historic Roman features.

The Green Flag Award scheme is run by environmental charity Keep Britain Tidy under licence from the Department for Levelling Up, Housing and Communities.

It recognises well-managed parks and green spaces, setting the benchmark for green spaces across the United Kingdom and the world.

Delegates were later taken on a guided tour of Verulamium Park which has retained its Green Flag and Heritage site awards for the past nine years.

During two years of COVID lockdowns, we saw what a vital role our parks and green spaces play in people’s lives.

They provide places to relax, exercise and meet friends and family safely. As a Council, we are delighted to have received five Green Flag awards for our parks and open spaces.

Our priority is to tackle the climate emergency and improve the local environment for our residents. The Green Flags are a demonstration of our commitment to these goals.

I would like to congratulate everyone involved in making Hertfordshire worthy of so many Green Flag Awards.

These are vital green space for the community and the awards are testament to all the hard work of staff and volunteers who do so much to ensure that the high standards demanded by the Green Flag Award are maintained.

Winning more than 50 Green Flags is a wonderful achievement by local authorities and community groups across Hertfordshire.

ParksHerts promotes more than 100 flagship parks and open spaces in the county and I urge people to go and explore what we have on offer. There is so much to see and experience.

A list of the record-breaking 2,208 Green Flag Award-winning parks and green spaces across the UK for 2022 is available here.