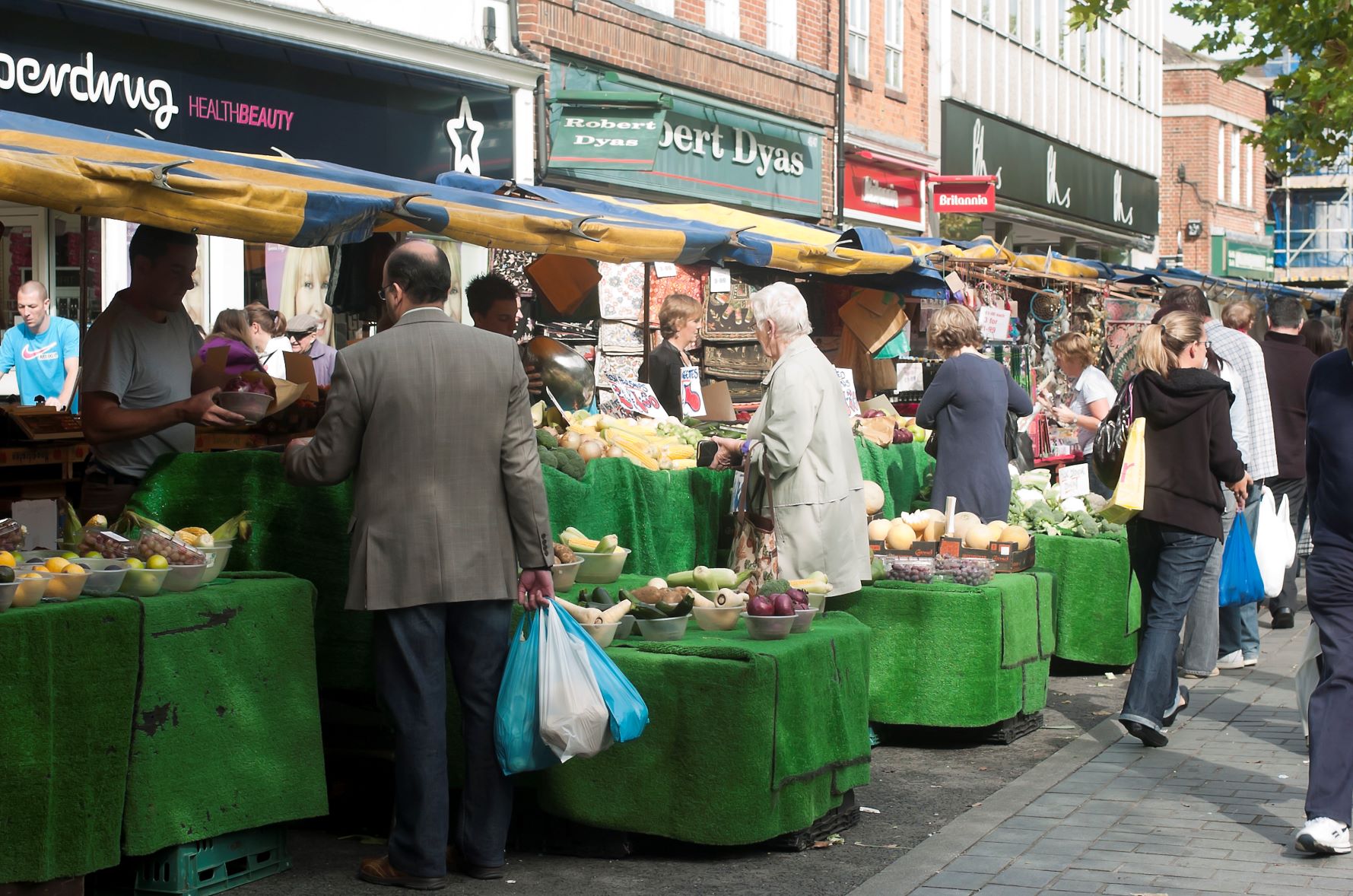 Key decisions about the future shape of St Albans’ historic Charter Market have had to be delayed until early next year.

St Albans City and District Council has been considering the best long-term infrastructure to provide traders as well as the market’s overall appearance.

The market, which is run by the Council, was able to continue during the COVID-19 pandemic by allowing stall holders to bring their own gazebos to assemble and dismantle themselves.

This reduced the amount of personal contact to guard against the spread of the virus.

With the pandemic easing, Councillors have been discussing at a Charter Market working group whether to move to a gazebo-only market permanently or revert to the traditional stalls.

However, it will not be possible to do so now until a Wednesday 2 February meeting because of a series of issues that have newly arisen. These include staff changes and health and safety problems at the market depot.

Traders, in the meantime, will be asked to continue to bring their own gazebos on market days.

The Committee did, though, make two major decisions to improve the future look of the market and help traders.

It accepted a recommendation that gazebos or stalls will eventually be uniform in appearance and in the City’s traditional blue and yellow colours.

The Council will also now provide assistance with assembling and dismantling the traders’ gazebos as a new service.

I am bitterly disappointed that we were not able to make a definitive decision on how the market will operate in the years to come.

I had wanted a speedy resolution to this complex and contentious issue and had scheduled this November meeting as the time to make the big decisions.

Unfortunately, the cross-party market working group has been unable to make any recommendations because of unforeseen issues that have arisen.

If we were to move to a gazebo-only market with gazebos of uniform colours of blue and yellow provided by the Council, we needed to trial that in a pilot scheme. Changes in senior staff have prevented that for the time being.

A return to using the Council’s traditional stalls seemed the right option while we considered a permanent change, but then we received a Health and Safety report about the storage depot. This told us there were problems with the traditional stalls, other equipment, the tractors needed to transport them and even the depot building itself.

The findings in this report have meant the depot can no longer be used operationally until these problems are sorted and the Council meets the health and safety standards again.

I greatly regret we need more time to deal with these issues and consider the implications, but I am sure traders and residents will understand the reasons.

I apologise to our traders and the public for this delay and would ask them continue to be patient for a little longer while we work out the best way forward.

In the meantime, I want to reassure traders that we will now be offering them help if required with the assembling and dismantling of their gazebos. That service will continue into the future and we will also ensure the provision of gazebos or stalls of uniform St Albans colours once our plans are finalised.

Another decision we will have to make is whether to continue operating the market in-house with our own staff or outsource it to a contractor with an experienced track record in this field.

That is something we will also look at before the February meeting when I really hope we can finally make those big decisions on whether to return to stalls or move to a gazebo-only market and whether to run the market in-house or outsource it.

The Chair’s statement to the Committee can be seen here: