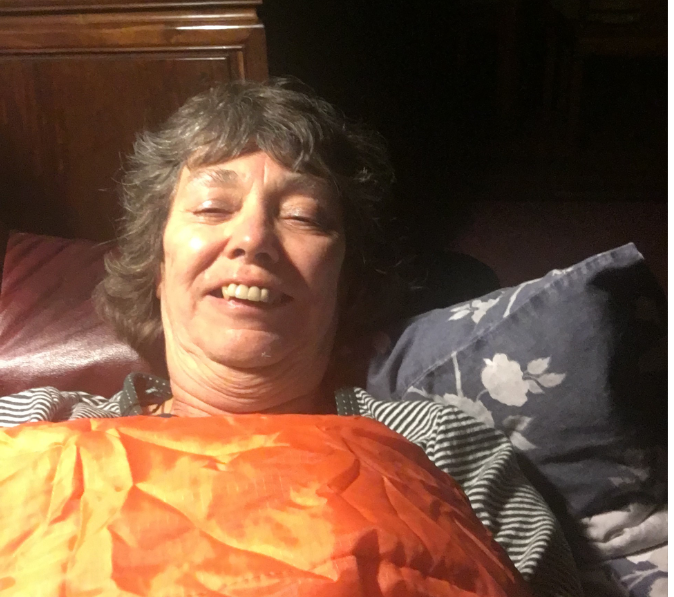 Every winter, volunteers take part in the St Albans Sleepout to highlight the plight of those living rough on the streets.

Cllr Smith wrapped up in a sleeping bag, braved the elements and joined the event outside Oaklands College, Smallford, last year.

With COVID-19 prohibiting the Sleepout from going ahead this year in its normal format, a sleep-in was organised instead.

People were asked to spend a night in a sleeping bag at home and share their experience with others on Zoom.

The Sleepout is organised by Herts Young Homeless, Open Door, Centre 33, Emmaus and The Living Room.

It has been running for more than 20 years and has raised hundreds of thousands of pounds while increasing awareness of the challenges faced by those without settled housing.

I chose to sleep on the sofa and experienced one of the most uncomfortable nights of my life.  This must be the nightly experience of many sofa surfers who are the hidden homeless in our society and who are at great risk of ending up sleeping on the streets.

My sofa isn’t designed for sleeping on and turned out to be slightly shorter than I am. It made me realise that on top of all the other problems that these people must have, they are also not going to get any good nights of sleep if none of their friends have large sofas.

I was pleased that the organisers had found a way of having the sleep-out this year despite all the restrictions and that they had also used it as an opportunity to raise awareness of the issue of sofa surfing.

Money raised by the Mayor will go to the Open Door homeless shelter in St Albans. Anyone who wants to make a donation can do so here.

Picture: The Mayor at the sleep-out on Friday 20 November.