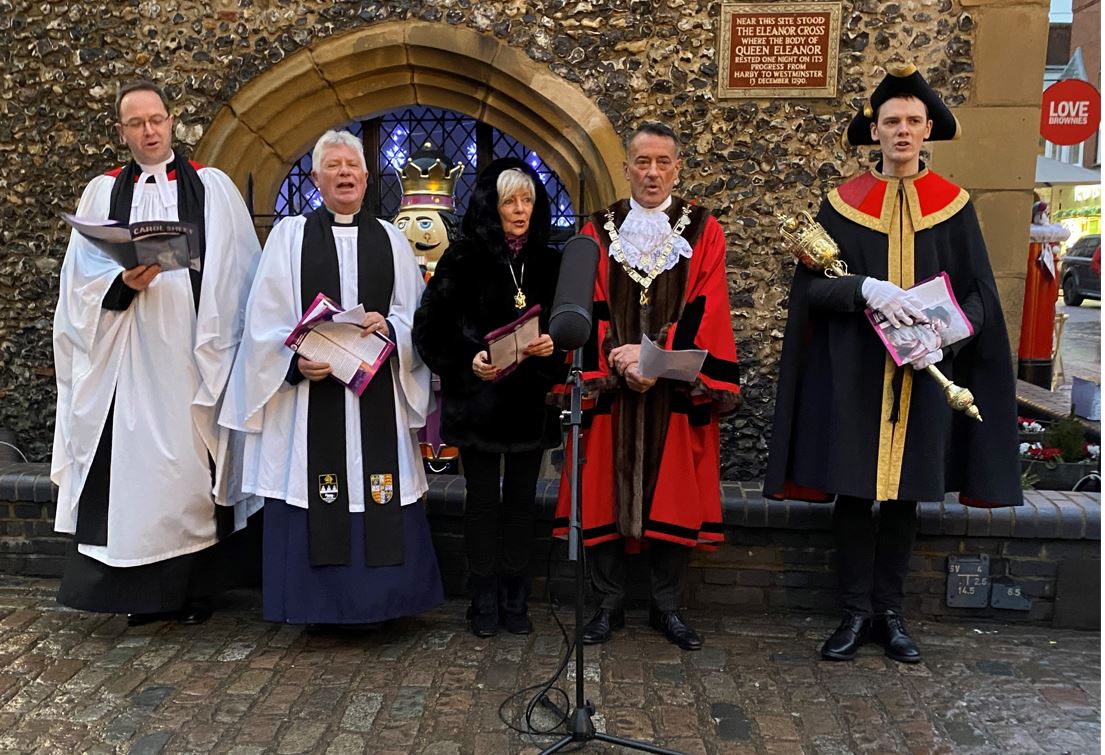 Mayor raises more than £5,000 for charity

The Mayor of St Albans City and District raised more than £5,000 for charity at two festive events.

Mulled wine and mince pies were provided from a market stall by the Boot pub to add to the cracking atmosphere.

The event was held on Sunday 12 December at  one of the City’s most famous landmarks, the 15th Century Clock Tower by the High Street.

All donations, totalling £565, will go to Rennie Grove which offers care and support for patients in Hertfordshire who have been diagnosed with a life-limiting illness.

I was thrilled to host a fantastic concert which attracted a considerable crowd.

It was a reminder to us all about what the festive season is all about with people donating very generously to Rennie Grove.

The previous evening, the Mayor staged an annual ball -  raising £4,800 for the charity Youth Talk which provides counselling services to young people

This glittering event was held in the St Albans Museum + Gallery and the Mayor said:

It was a very exciting and enjoyable occasion, and I thank everyone who attended and donated to Youth Talk.

Pictures: top, from left to right, Rev. Padley, Rev. Dearney, the Mayoress Caroline Jane Lee, Mayor Hill and Macebearer Thomas Wrench at the carol singing. Bottom: the Mayor and Mayoress (right and 2nd right) with at the ball with Youth Talk’s Rachel Simkin.