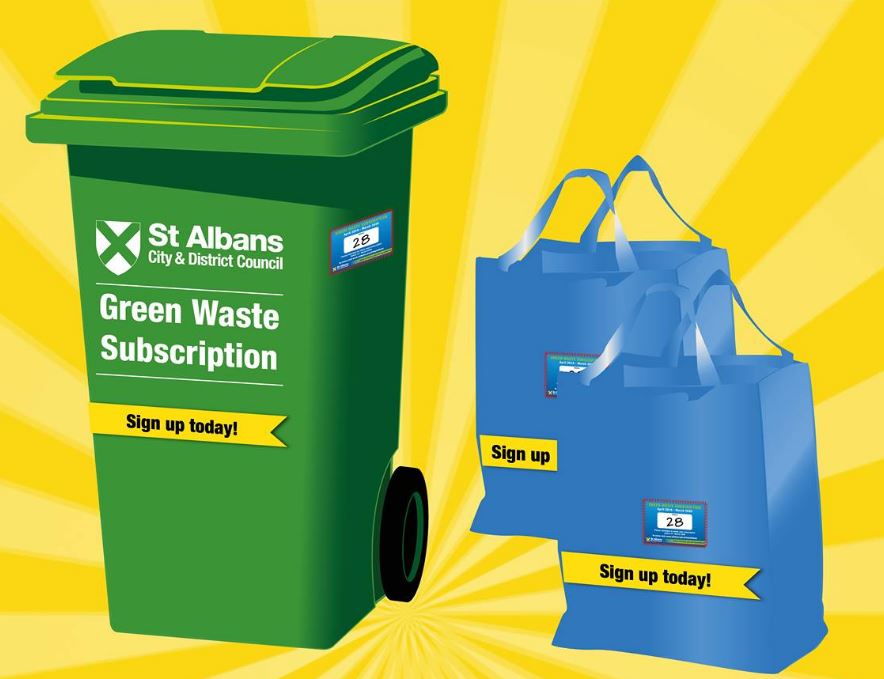 The new garden waste recycling service in St Albans District has been a success – with more than one in two households subscribing, it has been revealed.

St Albans City and District Council introduced a fee for household collections last year in line with most other local authorities in Hertfordshire.

The cost is £45 a year for a green wheeled bin or bag and £50 for each extra one with those in receipt of Council Tax Support being eligible for a discount.

Councillors have decided not to increase the fee this year despite the high level of inflation because the take-up has been so high.

Some 33,208 people subscribed to the service when it started last year – more than one in every two of the District’s 62,000 households.

This resulted in around £1.6 million of much-needed revenue to support the waste and recycling service.

It had little impact on the amount of garden waste recycled in the District which remained roughly the same as in pre-COVID years. It is turned into compost for soil enrichment and 10 tons of this compost is provided free to residents each Easter.

Residents are currently being invited to subscribe for the second year of the garden waste scheme which begins in July.

The service will be reviewed during the course of the year to see if it has maintained its subscriber numbers.

If so, the Council may be in a position to reduce the fee next year despite pressures on its budget.

An update on the service was given to a meeting of the Council’s Policy Committee on Thursday 22 June.

It was with considerable reluctance that we introduced the charge, holding out longer than many other District Councils.

However, with the adverse impact COVID-19 had on our already-stretched finances, we felt we had no other option but to do so.

I’m pleased that our residents accepted this with over 30,000 signing up which was at the higher end of our expectations.

Provided that the scheme retains this sort of figure, then we may be able to reduce the charge next year when the service is well bedded in. We are living in the midst of a cost of living crisis and want to help our residents as much as we can.