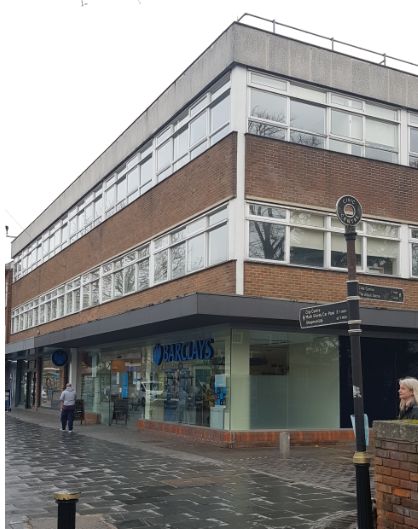 The multi-million pound purchase of a major property by St Albans City and District Council can go ahead, Councillors have decided.

The Council’s Cabinet gave approval last month to the purchase of the freehold of Lockey House in St Peter’s Street, St Albans.

The agreed fee for the three-storey building was not revealed but it had been on the market for £7.2 million.

However, the Council’s Planning, Resources, Housing and Commercial Scrutiny Committee had recommended that the acquisition should be considered by Full Council.

In particular, the Committee said it was concerned whether the purchase was in keeping with guidance issued last year by the Public Works Loan Board (PWLB) – the Government body the Council will borrow money from to finance the deal.

The PWLB offers low cost loans to local authorities for investment in housing, infrastructure and other services.

The Committee asked the Full Council at its meeting on Wednesday 25 February to determine whether the guidance was being followed and a debate was held.

Full Council voted by 30 to 24 in favour of taking no further action to prevent the purchase which will now go ahead.

Lockey House is a huge purchase for the Council and it was important that this decision was thoroughly examined.

My Committee was particularly keen for Full Council to consider the implications of this acquisition and how it measures up to the Public Works Loan Board guidance. This was issued last year as some councils were using the cheap finance to purchase commercial property for rental income rather than on their core activities.

“ think we had a worthwhile debate about Lockey House that cleared the air on the complex financial and legal issues that are involved and whether the purchase could be considered part of a core activity such as the regeneration of the City Centre. The issue has now been settled with the vote.

The Scrutiny Committee made another recommendation at its meeting on Tuesday 23 February to the Council’s Cabinet, its decision making body.

This called for the Cabinet to strive for “maximum transparency” when making decisions about Lockey House or other capital projects.

Cabinet was asked to ensure “factual and policy matters” were “shared in a timely manner with all Councillors and discussed in public so far as possible”.

I hope Cabinet will accept this friendly advice about how it should approach future capital projects of this scale.

Lockey House contains almost 17,000 square feet of space and was built in the 1960s. Current tenants include the Nationwide Building Society and Barclays Bank.

It is adjacent to the Civic Centre, the Council’s main offices, and is beside an area that is being regenerated by the Council.