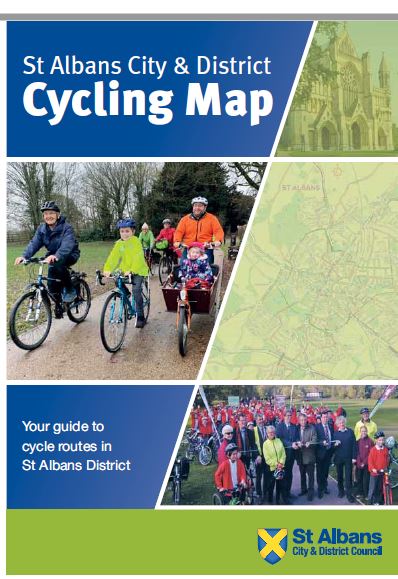 A plan to create better cycling and walking routes in St Albans District is to be drawn up to encourage active travel.

St Albans City and District Council (SADC) is to work with Hertfordshire County Council, the highways authority for the area, on the project.

The two councils have signed an agreement detailing their commitment to produce a Local Cycling and Walking Infrastructure Plan.

Such plans are a new approach to identifying cycling and walking opportunities at a local level.

They are a long-term approach aimed at developing cycling and walking networks over a 10-year period and form a key part of the Government’s strategy to increase the number of trips made on foot or by cycle.

SADC’s priority is tackling the climate emergency with the promotion of green travel being one of the actions it is taking.

The memorandum of understanding we have agreed with the County Council on the creation of a plan is the first step towards major improvements to our cycling and walking networks.

We want to get people out of their cars and to journey by foot and bike instead wherever possible. Such active travel is good for people’s physical and mental health as well as good for the environment.

We have some excellent cycling and walking pathways in the District such as the Alban Way, the Nickey Line and the Green Ring, but there are not nearly enough to achieve our ambitions.

This plan will provide us with a well-researched and comprehensive guide as to where we can make substantial enhancements. We will then look for Government funding to deliver them for the benefit of all our residents.

One of the first stages of drawing up the plan will be gathering vital information and data. This will include details of current cycling and walking routes, potential new ones and the barriers to active travel.

The project team, working with an external consultant, will then produce Cycling and Walking Network Maps including options for new routes as well as other infrastructure such as bike shelters and likely costs.

Once that task has been completed, the team will prioritise the suggested improvements and produce a programme for delivering them.

During the process, the project team will consult with stakeholders including cycling clubs and interest groups.

They will also liaise with neighbouring local authorities, including Watford, Three Rivers and Welwyn Hatfield, on “cross border” routes.

I am excited that we have now joined forces with the County Council and can crack on with creating a cycling and walking plan that can have a lasting impact on the District.

I’m sure our residents will welcome this initiative and provide valuable feedback as the work progresses on where improvements are most needed.