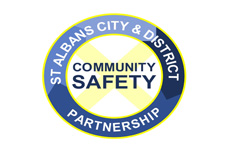 A plan to tackle persistent anti-social behaviour in part of St Albans City Centre has been opened for public consultation.

People are being asked for their views on a St Albans City and District Council proposal to issue a Public Space Protection Order (PSPO) for a designated area.

This will give police new powers to deal with activities that have led to many complaints from nearby residents and organisations.

The PSPO will prohibit rough sleeping, swearing, shouting, urinating in public or acting in a manner that can cause harassment, alarm or distress.

Householders, businesses and organisations near the proposed PSPO site have already been approached for their views.

Police can arrest anyone who breaches the order and issue a Fixed Penalty Notice fine of up to £100.

Alternatively, they can issue a summary conviction to Magistrate’s Court where a maximum penalty of a £1,000 fine can be imposed.

The PSPO does not contain any sanctions against drinking alcohol.  That activity is covered by an existing Designated Public Place Order that requires alcohol to be surrendered to Police when requested.

The Council has been working with the Police for some time to try and reduce anti-social behaviour in the area.

There has been a large number of complaints about verbal abuse, threats, fighting, littering, street drinking and urinating.

Where this involves the area’s rough sleepers, the Council along with other agencies has worked to provide accommodation where possible.

Among the agencies the Council works with on rough sleeper issues are Hightown Housing Association and the Open Door charity.

Liz Barter, Hightown’s Head of Care and Supported Housing, said: “Fines and prosecutions in isolation cannot solve the problems that lead to rough sleeping, but can form part of an approach to tackling anti-social behaviour hotspots.

“Specialist support from Hightown staff can help break what for some can be a cycle of rough sleeping.

“Mental health needs, substance misuse, traumatic personal histories and other factors can come into play. Hightown work with the Police and Community Safety to ensure that the necessary enforcement approach is balanced with an offer of real support to leave the chaos behind forever.”

The Council is issuing the PSPO under Section 59 of the Antisocial Behaviour, Crime and Policing Act 2014. It will be effective for a year unless extended by further action.

A PSPO is allowed if activities within an area have or could have a detrimental effect on the quality of life of people in the neighbourhood. The activities have also to be persistent.

The consultation opened on Thursday 15 October and will close at 5pm on 29 October 2015.

Councillor Beric Reid, Portfolio Holder for Community Engagement and Localism for St Albans City and District Council, said: “The proposed protection order is in response to a series of complaints from the public. We want to curb the anti-social behaviour which is disrupting the lives of other people.

“Attempts by the Council, the Police and other agencies have been made to deal with the problem, but it has continued and we feel this further action is needed.

“We want to hear from people about our proposal to issue a Public Space Protection Order. All views will be taken into consideration before any decision is made.”

Views can also be sent by e-mail to communitysafety@stalbans.gov.uk.

The Order, including a map showing the area affected, can also be seen at: https://www.stalbans.gov.uk/consultations

Hightown Housing Association Limited is a charitable housing association operating principally in Hertfordshire, Bedfordshire and Buckinghamshire providing a wide range of housing and support services for families and single people including people with special needs.

It currently manages over 4,700 homes and employs over 600 staff. It has an annual turnover of £48 million and a development programme that will deliver around 1,000 new affordable homes over the next three years.

For further information please contact Mark Thomas at Word Association on 01455 614333 or mark@wordassociation.co.uk.

Open Door–St Albans is a registered charity which raises funds from grant-giving organisations, churches, and private individuals to support its operations  The Charity supports the homelessness service through annual grants, and through promoting and funding volunteering at Open Door.

For more information about the Charity please go to www.opendoorstalbans.org