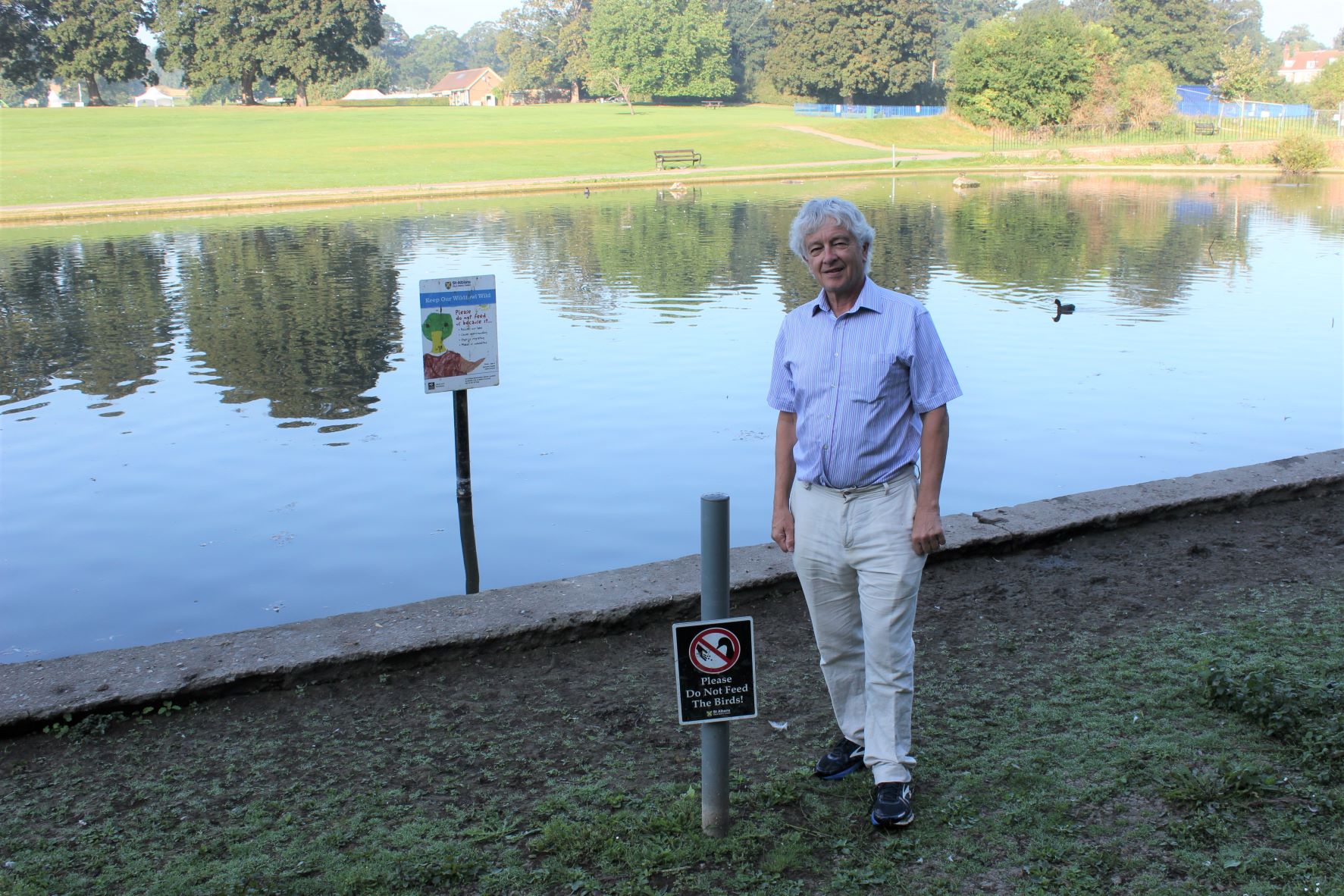 Visitors enjoying the attractions of historic Verulamium Park in St Albans are being reminded NOT to feed the birds.

The practice may seem like a nice and harmless thing to do – but it has been causing problems at the park’s two large artificial lakes.

Park rangers have noticed an increase in feeding in recent weeks despite notices asking people to refrain from doing so.

Feeding encourages birds to settle around the park rather than follow their natural migration paths.

It is causing overcrowding with more birds coming to the park than the natural habitat can sustain.

Food such as bread can also make the ducks, swans, geese and other birds ill as it contains ingredients that they cannot digest properly.

An excess of bird droppings, combined with discarded food, is adding more organic material to the already heavily-silted lakes.

This high concentration of silt can result in unsightly, odorous algae blooms and lowers the quality of the water.

Algae reduces oxygen levels in the lake, making it difficult for fish to survive, and can result in an unpleasant smell.

St Albans City and District Council, which owns the park, has taken a number of measures in recent years to discourage feeding including improved signage.

I fully understand that a small number of people think they are doing a good thing by feeding the birds.

However,  I am afraid it is simply attracting far more birds to this green space than it is designed to sustain

It’s great that people want to explore this wonderful park and enjoy the outdoor life, but we would ask them not to feed the birds. It has caused a noticeable rise in the number of birds which the park just isn’t able to cope with.

In the long-term, the Council is working with the Environment Agency and a number of other partners on the Revitalising the Ver project.

This multi-million scheme may return the Ver to its natural course as it flows through the park and the Sopwell area of St Albans.

This will have many benefits including improvements to the natural environment and infrastructure of the park as well as the water quality of the lakes.

Outline designs are being finalised and are due to be shared with residents within the next few weeks before a planning application is submitted.

I know that people are anxious that we crack on with this ambitious project and want to see results soon.

However, it is a very complex and expensive one to deliver.

Our working group for the River Ver project is meeting in mid-September to look at the outline designs with a planning application to follow. This will be a landmark moment as it will give the project lift off.