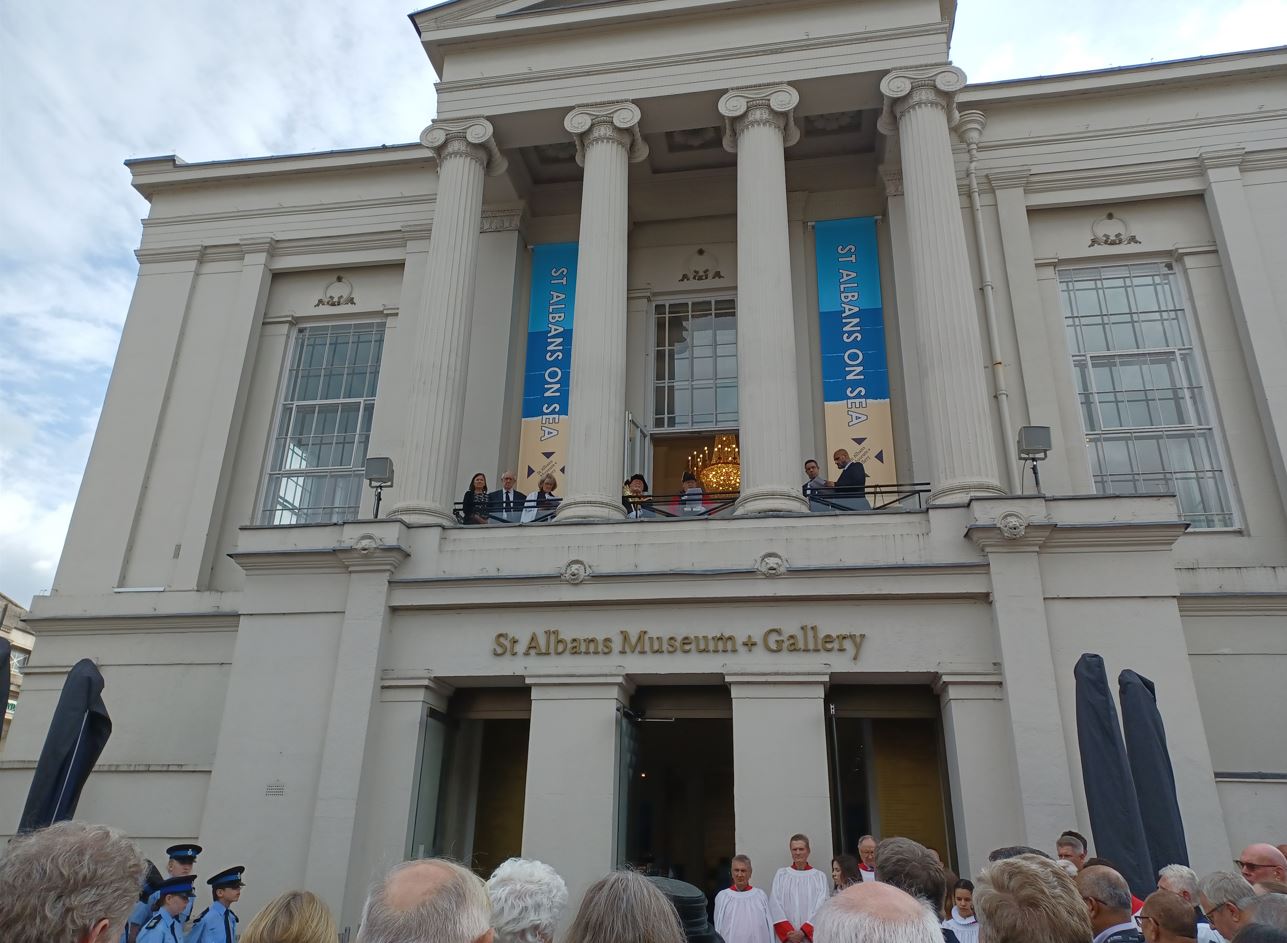 An historic Proclamation ceremony was held in St Albans to announce the new King’s reign.

Mayor of St Albans City and District, Councillor Geoff Harrison, read out the Proclamation on the accession of the new sovereign, King Charles III, from the balcony of the Museum + Gallery.

The Mayor, accompanied by his Macebearer John Hills, was joined on the balcony by a number of dignitaries.

On the street below, District Councillors, Honorary Aldermen, other faith leaders and representatives of Town and Parish Councils listened to the reading.

A crowd of around 500 people gathered to watch the event on Sunday 11 September.

The last time there had been a local Proclamation was in 1952 on Queen Elizabeth II’s accession to the throne.

We come together this afternoon following the passing of our late Sovereign, Queen Elizabeth the Second.

Our sadness at this time is shared by people across the globe, as we remember with affection and gratitude the lifetime of service given by our longest-reigning Monarch.

The Mayor then read the Proclamation which began:

Whereas it has pleased Almighty God to call to His Mercy our late Sovereign Lady Queen Elizabeth the Second of Blessed and Glorious Memory, by whose Decease the Crown of the United Kingdom of Great Britain and Northern Ireland is solely and rightfully come to The Prince Charles Philip Arthur George.

After finishing the Proclamation, the Mayor led a rousing three cheers to God Save The King.

This was followed by prayers from the Bishop and other faith groups, closing remarks by the Dean and the singing of the National Anthem by all in attendance with the accompaniment of St Peter’s Church Choir.

Shortly before the Museum + Gallery event, there had been a Proclamation at the Council Chamber in front of an invited audience.

The Mayor then led a procession along St Peters Street to the Museum for the public reading. Police Cadets provided a guard of honour for the procession and accompanied it.

The Proclamation of a new Monarch is an age-old ceremony that dates back centuries to the time that news was spread by messengers on horseback and town criers.

Local Proclamations around the country followed the national Proclamation on Saturday, 10 September, at St James’s Palace in central London.