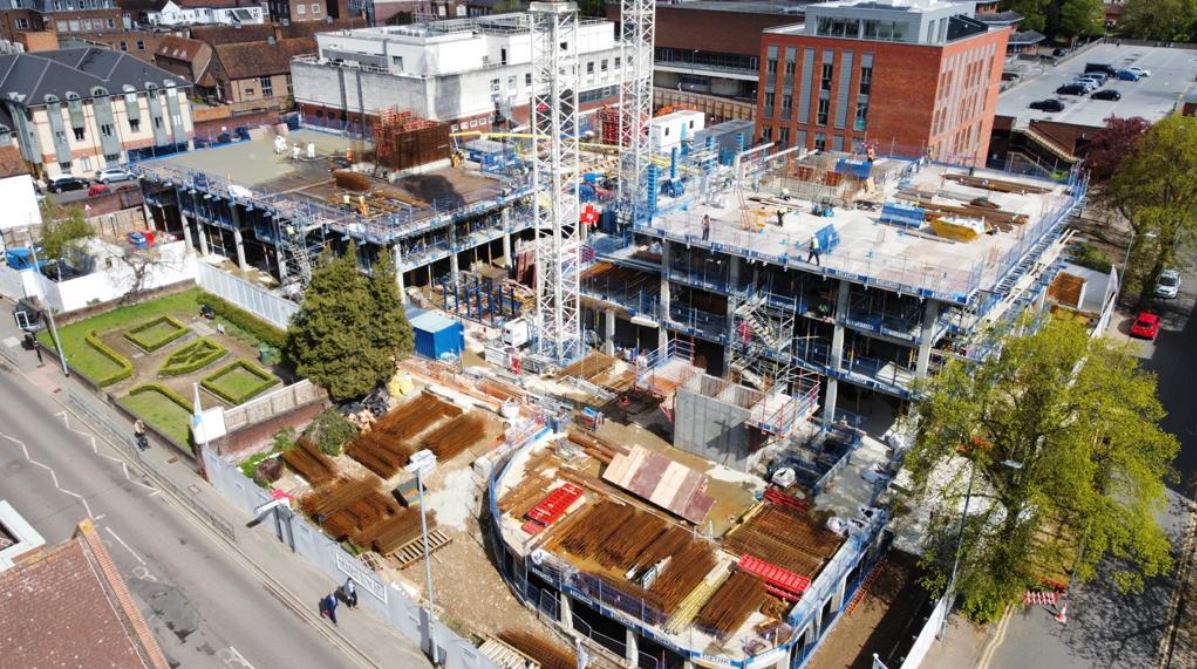 Quaker Garden to be cordoned off temporarily

An historic garden in St Albans City Centre is to be closed temporarily during the construction of a major housing and commercial development.

The Quaker Garden, in Victoria Street, will be screened off by hoardings to allow for the next phase of building work at an area known as the City Centre Opportunity Site (CCOS) South.

St Albans Quakers were consulted about the plans which they agreed to. They were also actively involved in drawing up designs to improve the garden.

Quakers, also known as the Religious Society of Friends, bought the plot in 1676 and used it for some 200 years as a burial ground.

In recent years, St Albans City and District Council has maintained a public garden on the site which fronted a former police station.

The work to enhance the garden, including new seating, will be supervised by an archaeologist because of its past as a burial ground.

It is unlikely that any human remains will be disturbed as any digging will be to a depth of less than a metre. However, if any bones are discovered they will be reburied within the garden.

The CCOS South development, near the Alban Arena, is a £60 million Council project built to a design chosen by the public following an architectural competition.

It will include a residential block adjacent to a commercial one with the buildings separated by a landscaped pedestrian walkway that will wind through the revitalised Quaker Garden.

Altogether, there will be 93 new homes including 60 for sale at market price and 33 for social rent. There will also be around 6,000 square metres of business space and 100 car parking spaces.

In keeping with the Council’s commitment to reducing carbon emissions, the design is energy efficient and sustainable. Among the features will be air pumps, a green roof and electric vehicle charging points.

Our project team has been consulting with the Quakers for the past three years and the new design has their full agreement. Given its past history as a burial ground, the reconstruction of the garden will be done with special sensitivity and will be overseen by an archaeologist.

Quaker Friends collaborated with the designs for the new garden and their wishes and philosophy of providing an area for quiet reflection amidst the bustle of the city have been respected in the new layout.

The redesigned garden will create an enhanced City Centre amenity which provides improved access and a welcoming feature into the new scheme. With its new seating and planting, I am quite sure it is going to be greatly used and appreciated by people of all ages where they can rest awhile.

This scheme is a landmark development, right in the heart of the City, which is designed to be sustainable and eco-friendly. I believe it will quickly become part of the heritage of St Albans and be enjoyed for decades to come. I am delighted that a reshaped Quaker Garden will be part of it and I hope that when the new development is formally opened there will also be a special dedication of this renewed and revitalised special space.