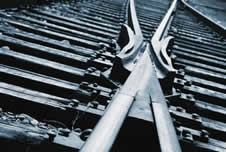 The long-awaited revamp of St Albans City Rail Station hinges on a crucial funding decision that will be made next month.

The money would provide more than two-thirds of the finance required to carry out the planned improvements. The DfT is due to announce its decision on the application in mid-December.

GTR Executives gave an update on the project to a meeting of the Local Services Scrutiny Committee of St Albans City and District Council on Thursday 5 November.

Govia has also applied for £1 million from the Government’s Growth Deal Fund which is administered by the Hertfordshire Local Enterprise Partnership and is  intended to boost local economies.

That decision is due by the end of January 2016.

He said: “We want to make sure that we create a sense of community pride in the station building. We want a sensitive design.”

The Ridgmont Road entrance, which he said currently resembled “a greenhouse,” will be pulled down and replaced with a larger building.

There will be more ticket gates to reduce the rush-hour exit queues and more ticket machines.

A  new cycle hub with a repair shop and shower facilities  will be built beside it and there will also be a sit-down café. Toilet facilities will be constructed on the adjoining platform 4.

Parking bays will be removed to lay down a wider, safe footpath to the entrance and create  “a gateway to St Albans City Centre”.

Other alterations include expanding the main entrance’s concourse with more ticket machines and  converting a staff area into a shop.

Canopies will be extended to shelter the full length of the platforms and a new waiting room created on the central platform.

GTR has so far secured £350,000 made up of £200,000 from the Network Rail’s National Stations Improvement Programme and £150,000 from the company’s own  Improving Station Facilities budget.

If all the finance is obtained , then – after station users have been consulted – it is planned to begin work in December 2016 and complete in May 2018. The landlord, Network Rail, will have to agree to the changes.

The station currently copes with more than seven million passenger entries and exits a year – the highest in Hertfordshire.

GTR was awarded the Thameslink franchise last year by the Department of Transport for seven years. It promised to secure funds to significantly improve stations on the route.

Councillor Anthony Rowlands, Chair of the Local Services Scrutiny Committee of St Albans City and District Council, said: “As a regular user of St Albans City Rail Station, I am well aware that conditions have been unsatisfactory for many years. This work can’t come soon enough.

“The improvements, particularly the enlargement of the Ridgmont Road entrance, are long overdue.

“Govia got the franchise partly on the promise of improvements to stations and we will be watching to make sure they see this through. St Albans needs a first class rail station.”

She said a Saturday service would run from Tuesday 29 December  to Thursday 31  December on trains from Bedford into London. There are no trains on Christmas Day and Boxing Day.

However, people travelling south of London to Gatwick and beyond faced extra journey times of around an hour due to Network Rail works.

GTR Local Development Manager Larry Heyman said the issue of driver shortages had improved and should be resolved by next summer.

He said any cancellations caused by the problem over the Christmas period “will be few and far between with a relatively minimal impact on daily journeys.”

The webcast of the this Committee meeting has now been archived. Should you wish to view it please contact Elizabeth Heath on 01727 819519 or email: Elizabeth.Heath@stalbans.gov.uk

The agenda and papers for the meeting are available at: https://stalbans.moderngov.co.uk/mgCommitteeDetails.aspx?ID=389