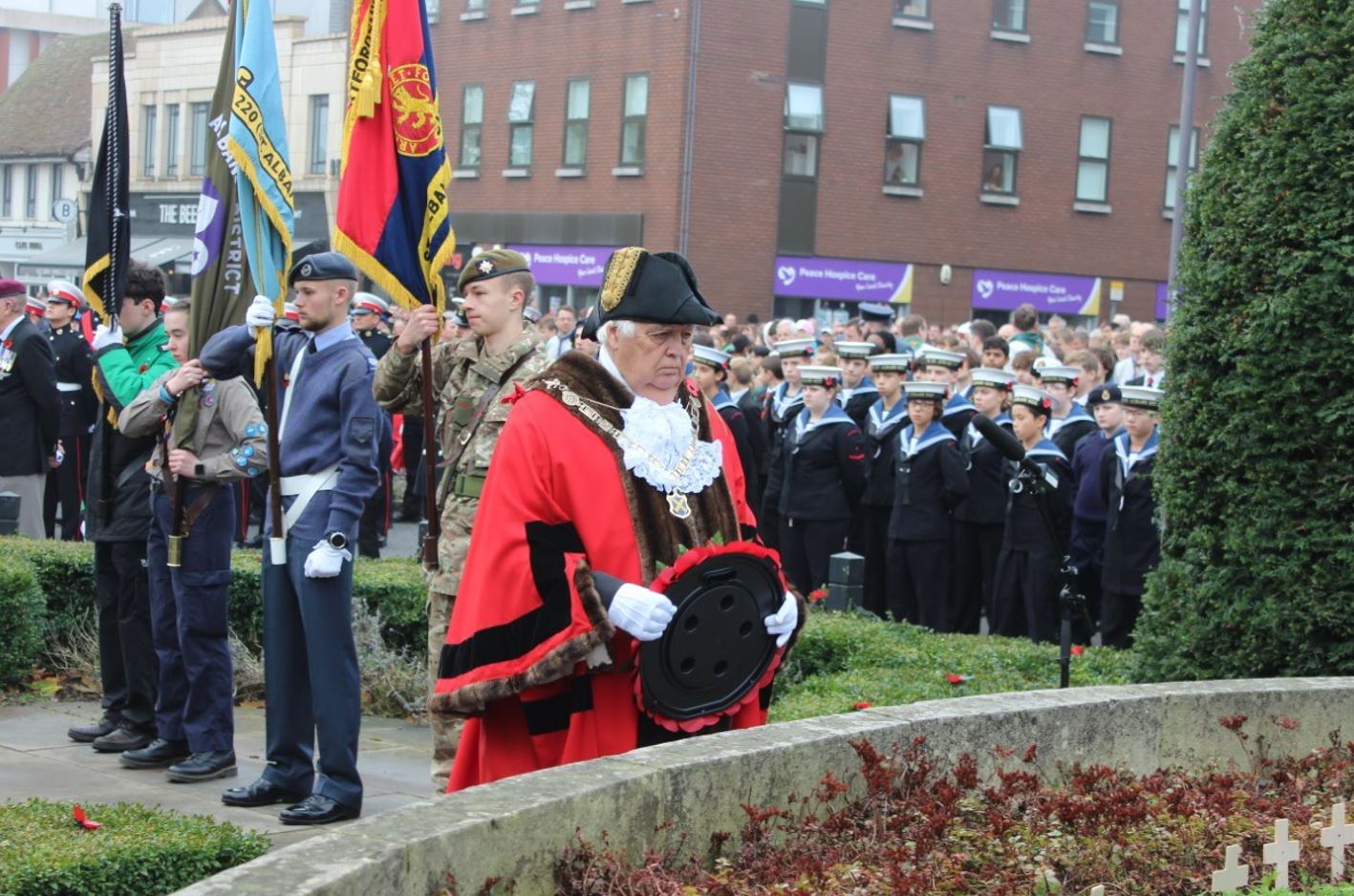 The Mayor of St Albans City and District, Councillor Geoff Harrison, led the commemoration and was joined by leaders of the major faiths.

Representatives of air, sea and army cadets, the Guiding and Scout movements, the Police and other uniformed services were present.

A large number of residents also gathered around the City’s war memorial to pay their respects to the members of Britain’s armed forces who lost their lives in two World Wars and other conflicts.

Revd Mark Dearnley, Vicar of St Peter’s Church, conducted the service which included the Last Post and a two-minute silence.

During the service, there were prayers and the St Albans City Band provided the music for hymns.

Wreaths were laid by the Mayor; Daisy Cooper, MP for St Albans; Richard Beazley,  the Vice Lord-Lieutenant; and representatives of the Police, the Fire and Ambulance Services among others.

After the service, the Mayor accompanied by his Macebearer and other dignitaries saluted a parade of the various groups that attended.

It was a very moving service and I was impressed with the number of residents, young and old alike, who attended.

Once again, our community has joined together and turned out in force to honour the many men and women who sacrificed their lives for their country.

It was pleasing to see so many young people among the crowds, many of them representing the scouts, guides and cadets.

It shows that we all recognise the tremendous debt we owe to the men and women who lost their lives defending our country. We must always remember them.