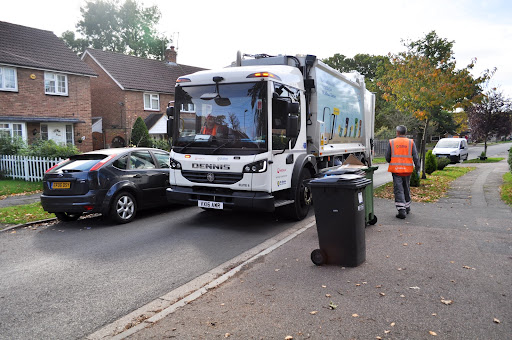 The annual recycling rate achieved by St Albans City and District Council was the best in the whole of England last year.

Newly-compiled figures show the rate for household waste recycling – as measured by weight – rose to 64.2% in 2020/21.

That rate – confirmed by the Department for Environment, Food and Rural Affairs - was the highest among all of England’s 338 local authorities.

The national average was 42.3%, down from the previous year’s 43.8% with the decrease being blamed on the impact of the pandemic.

It is the eighth year in a row that the District’s rate has increased and it is was well up on the previous year’s 63.0%.

The District has moved from 189th place in 2012/13 in the national recycling league table to 5th last year and now to top position.

South Oxfordshire District Council had the second highest recycling rate at 63.6% with the lowest being 18%.

I am thrilled that we  have been crowned the best recycling local authority in the whole of England.

That is a magnificent achievement and my thanks go to our residents, who have supported our efforts to recycle as much waste as possible, as well as our waste contractor Veolia and our Council officers from the waste management team.

Our major priority as a Council is tackling the climate emergency and improving our environment with recycling helping to achieve those objectives.

Recycling conserves and reutilises precious resources with the food waste we collect, for example, being processed in a way that produces green energy as well as supplies of organic fertiliser.

Our recycling rate has been rising steadily in recent years and we will continue to strive for further improvements with the backing of our residents.

A massive thank you to the residents across the District who helped us reach this fantastic milestone. I’m particularly proud of our frontline crews who kept our essential services running over a particularly difficult year.

This is a victory that we can celebrate together and is a testament to the years of strong partnership working between St Albans District Council and Veolia.

The Council, along with Veolia, has taken a number of major initiatives to boost the recycling rate.

Most recently, it has reminded households that there are weekly collections for small electrical items, textiles and batteries as well as food waste.

Collections have continued throughout the pandemic despite the challenges of staff absences due to COVID and the national driver shortage.

It is quite remarkable that we have increased the rate despite the many difficulties we have faced maintaining services during the public health emergency.

Veolia has managed to keep disruption to a minimum and the collective efforts of all concerned have been rewarded with this accolade.

We are now approaching the height of the festive season when households produce much more waste than usual such as cards, paper, food, bottles and packaging.

I’d ask them to help us maintain our position as the best recycling local authority in England by ensuring they recycle as much of this waste as possible.

Information about recycling, including an A-Z of what to do with particular products, can be found on the Council’s website here.

The Department for Environment, Food and Rural Affairs’ annual report on household waste recycling can be found here.