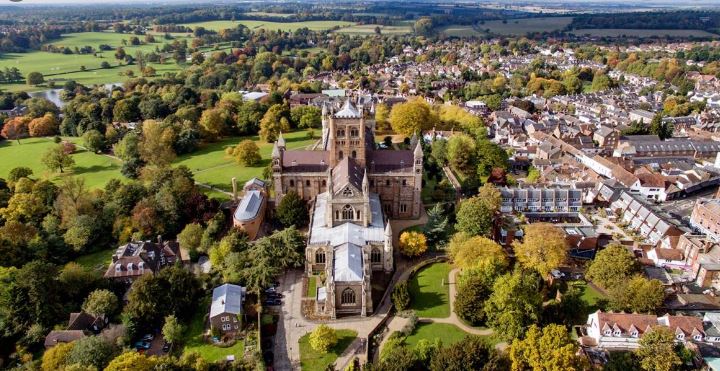 The progress of the LP was halted when inspectors, appointed by the Government to examine it, raised a number of issues.

One of the inspectors’ main concerns was that St Albans Council (SADC) might not have fulfilled a “duty to cooperate” with other local authorities in drawing up the Plan.

They felt, for example, that it had not explored the possibility that adjacent Councils might be able to meet some of its housing need.

SADC has now responded by letter to the inspectors to allay their concerns and request that the LP examination continues.

It argues that the duty to cooperate had been fulfilled in that there had been no capacity for any other Council to help them meet their housing target.

This view has been supported by Dacorum Borough, Hertsmere, Watford, Three Rivers and Welwyn Hatfield district councils as well as Hertfordshire County Council.

A number of major house builders and landowners have also voiced support for the Council’s position.

In its reply, the Council has said if the inspectors resume the LP examination, they will agree to accept a major rail freight depot needs to be built at the former Radlett Aerodrome in Park Street.

Planning permission for this was granted in 2014 by the Secretary of State for Communities and Local Government.

The Council has allowed for a garden village of 2,000 homes on this site as part of its LP.

However, it is now prepared to accept that a depot– which is viewed as infrastructure of national importance – should be constructed there instead.

Helioslough, the company behind the depot, has written to the inspectors supporting the Council’s approach and also asks for the examination to continue.

We believe that our robust response answers the inspectors' concerns on this crucial issue of our duty to cooperate.

“We are supported in that view by every one of our neighbouring Councils as well as the County Council and I thank them for that. I hope the inspectors will now allow us to move forward with this important work.

The Local Plan (LP) earmarks land within the District that is suitable for future housing, commercial and infrastructure development for the years to 2036.

An LP was approved by the Council in 2018 after extensive consultation with residents, community groups, businesses and neighbouring local authorities.

It was submitted for examination last year, but this was halted when the inspectors raised their concerns about the LP’s soundness and legal compliance.

On the Radlett site, the inspectors had warned it was “the only realistic option” for the rail freight depot’s location and there was “robust and compelling evidence to demonstrate” that.

In its reply, the Council says it now accepts “there is the potential to identify alternativesites for housing in the Green Belt but no realistic alternative location” for the depot.

This is a major concession by the Council as it effectively brings to an end our long fight against the rail freight depot.

I hope our residents understand that we had no choice as it is clear we cannot stop the depot from being built by earmarking the land for housing or by any other means.

If we do not accommodate the depot, we will not be allowed to proceed with the Local Plan and it will be drawn up by Whitehall civil servants instead.

It is far better that major decisions about where to locate new developments is determined by locally-elected representatives who have a feel for our community.

The housing planned for the Radlett site will need to be located elsewhere in the District so the LP can meet its target of allowing for 14,608 new homes.

In its reply to the inspectors, SADC also deals with some other concerns that were raised.

These include whether sites earmarked for development in the Green Belt were properly identified and their sustainability assessed.

Around 5,000 new homes are likely to be built on land within the City and other existing settlements. In addition, 11 broad locations for development on the Green Belt including land east of Hemel Hempstead were identified.

In its letter, the Council says alternative Green Belt sites could be put forward during the examination and considered then.

The letter says that the other option of withdrawing the LP to consider such alternatives “will lead to a further, very considerable elongation of the Council’s overall plan-making process, to the detriment of the local area and its residents”.

We are hoping there will be a positive response from the inspectors to our argument that the examination should now continue.

“A Local Plan is one of the most challenging tasks that any Council has to undertake and it is not unusual for difficulties such as these to arise. We believe we have found a way to overcome them and progress and we hope the inspectors agree.