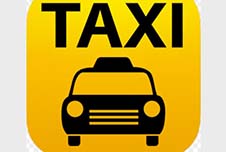 A taxi driver who refused to take a wheelchair user has had his licence to work in the St Albans District revoked.

Majid Hussein Butt pleaded guilty to the offence after a prosecution was brought by St Albans City and District Council.

He was fined £250 by St Albans’ Magistrates along with a victim surcharge of £30 and a contribution towards the Council’s costs of £250.

Following the conviction, the Council has revoked his Hackney Carriage Driver’s Licence and he has now been notified of the decision. He has three weeks to appeal.

We are very sorry at the distress caused by the refusal of one of our licensed taxi drivers to take a wheelchair user.

The driver’s action has led to both a successful prosecution by the Council in the courts and the decision to take away his licence under our convictions policy.

Under the Equality Act, licensed taxi drivers using accessible vehicles must not discriminate against wheelchair users. They should also give them assistance when required.

The vast majority of our taxi drivers do an excellent job and are very helpful to disabled customers with complaints being very rare.

However, this prosecution shows that when we are told of an offence, we will investigate and take appropriate action.

The Council has a statutory duty to license drivers for the Hackney Carriage and Private Hire trade within the District and ensure they abide by the rules. Hackney carriages are licensed to pick up people who hail from the roadside while private hire licences only permit pre-arranged bookings.

A complaint was made to the Council about Mr Butt, of Ash Road, Luton, Beds, in July last year, St Albans Magistrates Court was told at a hearing on Wednesday 6 February.

An investigation was carried out by the Council and a prosecution launched for failure to comply with the obligations of Section 165 of the Equality Act 2010.

Lisa Bates-Wallis, Executive Director of the St Albans Chamber of Commerce, had booked a taxi to collect two passengers in July last year, the court was told.

She paid in advance for the fare with operator Gold Line for the journey from George Street, St Albans, to Harpenden.

She informed the company that both passengers were disabled. They were former Chamber of Commerce President David Clarke, who is blind, and former Harpenden Mayor Michael Weaver who uses a wheelchair.

Mr Butt arrived but refused to take the passengers, saying he had a bad back and drove away.

The group were left “stunned” and “disgusted” at the driver’s behaviour, the court heard.

Ms Bates-Wallis phoned the taxi company which apologised and sent another vehicle that took both passengers.

Mr Butt’s solicitor Ahmed Malik said, in mitigation, that his client had worked as a taxi driver for six years without complaint.