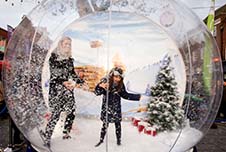 Feedback from traders suggested that it was the busiest ever annual Christmas street party with stalls reporting they had sold out of mulled wine.

The City Centre was closed to traffic from noon until 6pm on Sunday 17 November to create a safe and vibrant festival area.

Among the attractions at the free-to-attend event were Santa’s grotto, dozens of food, drink and gift stalls, funfair rides, a giant snow globe and a children’s activities tent.

There was also live music at two locations – the main stage adjacent to the Beech House in St Peter’s Street and at the historic Clock Tower.

At 5pm, there was a countdown to the light’s being switched on with the main stage being lit up by a pyrotechnics display.

The event was organised by St Albans City and District Council in partnership with City Centre businesses, via the St Albans Business Improvement District (BID).

I was taken aback by the size of the crowds – they were huge. This was probably the best attended City Centre events that I have been to.

The atmosphere was electric throughout the day and there was so much for people to do with children extremely well catered for. My thanks go to our events team and their helpers for all their hard work.

It has got Christmas in St Albans off to a fantastic start and I know there are many other great events that people can look forward to ranging from school fairs to the Alban Arena pantomime.

On social media, the reaction among residents and visitors was largely positive.

Jo Daw posted on All Things St Albans: “What a fantastic afternoon, getting Christmas well and truly kick started in St Albans. Lots of hard work gone in to putting this together. Hoping for a repeat next year!”

Had a lovely time. Very busy and great atmosphere. Lots of places to take Christmassy photos with no cost.

Details of the full Christmas programme will be available here: www.enjoystalbans.com.

Events include Rockaholly when there will be a swing band, dancing and vintage stalls at the Christmas tree by  the Alban Arena on Friday 6 December.

The launch of the Christmas Charter Market is on Sunday 15 December with the market running every day until Christmas Eve.  A market street party will be Sunday 22 December. 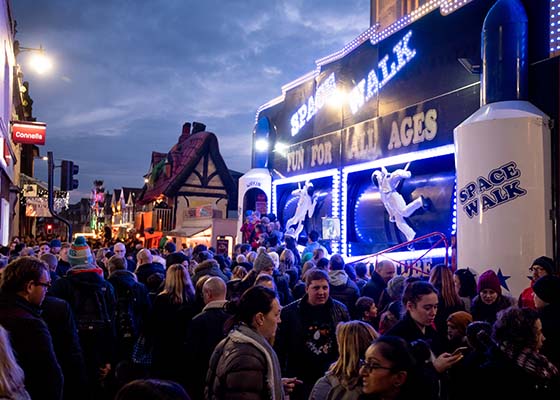 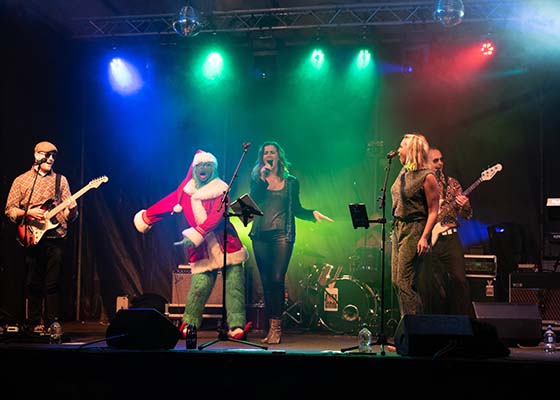 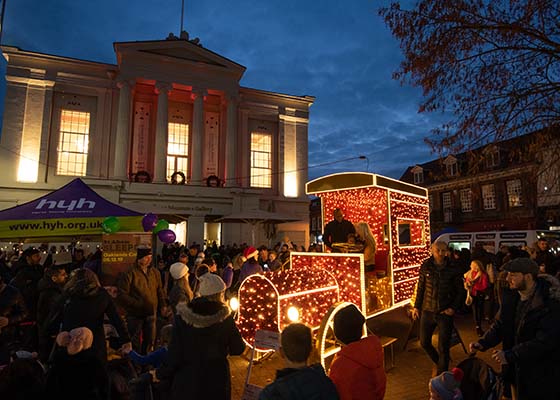 Pictures: scenes from the Christmas Cracker event by Stephanie Belton.