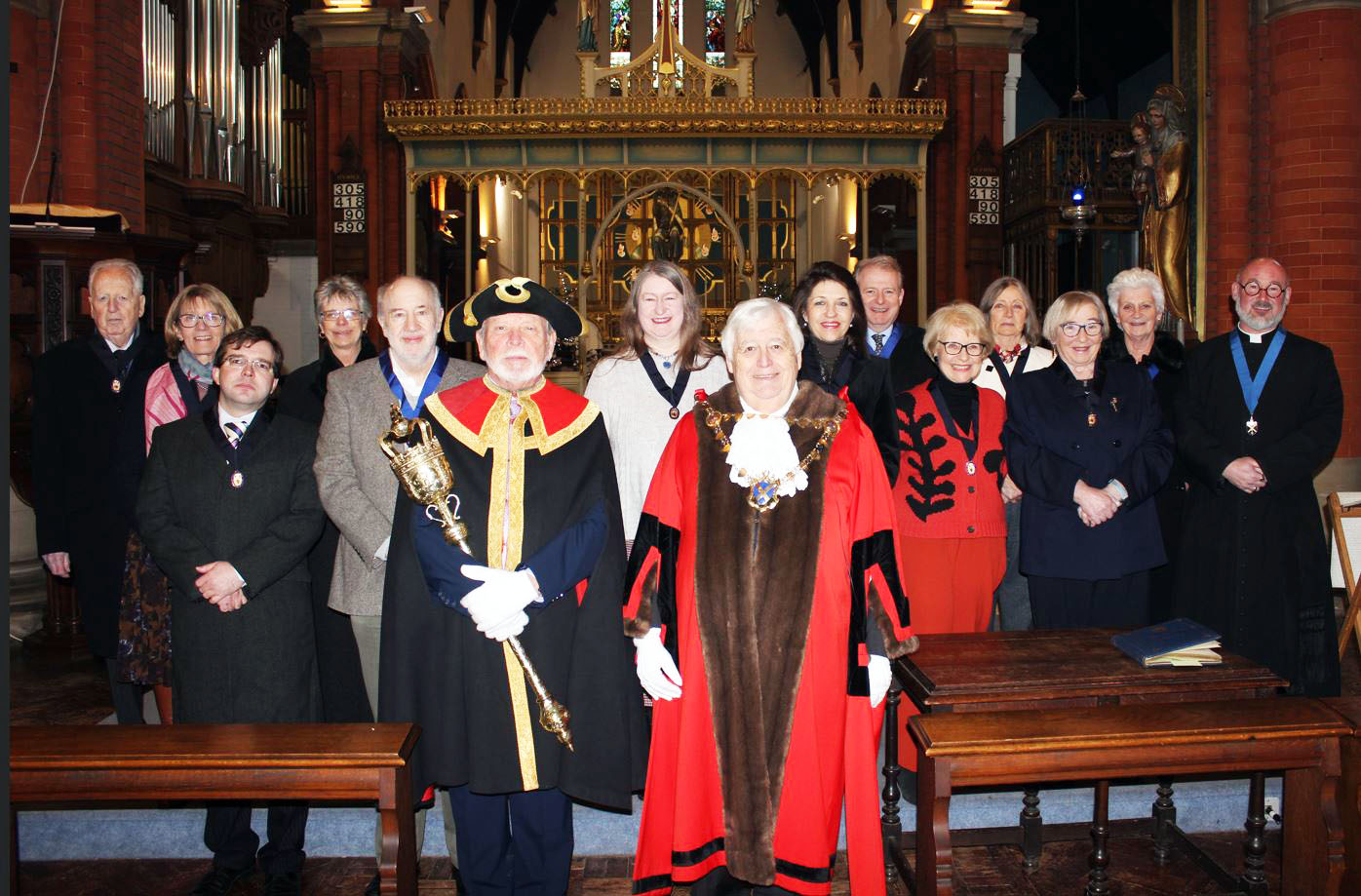 Twelve former St Albans City and District Councillors have been made Honorary Aldermen in recognition of their distinguished public service.

They were appointed to the position at a special ceremony at St Saviour’s Church, St Albans, on Sunday 22 January.

Councillor Geoff Harrison, Mayor of St Albans City and District, presented each of the recipients with a badge of office and certificate.

There were cheers and applause from family and friends who were invited to witness the ceremony.

The group includes four former Mayors and has 196 years of Council service between them.

Honorary Alderman is an ancient ceremonial post that signifies the holder has made a major contribution to public life.

After the ceremony, Amanda Foley, the Council’s Chief Executive, said:

It is important that we honour and celebrate former Councillors who have served the community for many years.

All of these new Honorary Aldermen have attended countless meetings and debates, spent numerous hours on casework and agonised over difficult decisions.

They have done so with one over-riding aim in mind – to improve our District and make it an even more enjoyable and vibrant place to live.

We all owe them our gratitude and appointing them Honorary Aldermen is one way of recognising their hard work and achievements.