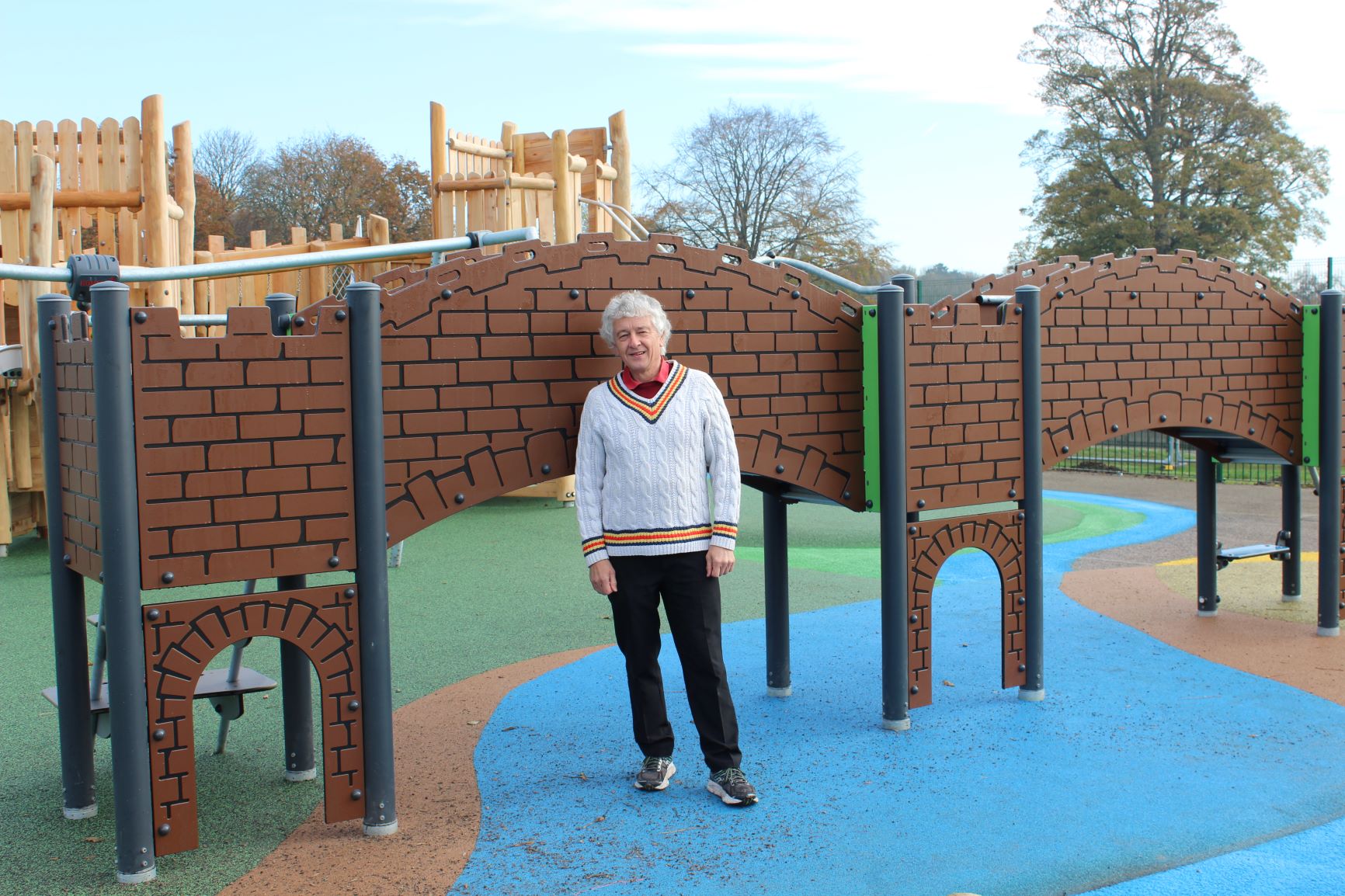 A new £250,000 children’s playground at Verulamium Park in St Albans has been completed and will open on Wednesday 11 November.

The amazing attraction includes 30 features and is divided into zones that reflect the City’s fascinating history.

These include a Roman-style theatre and basilica, a market street and a main pathway named Watling Street.

The play area was designed by specialist firm Kompan which won a competitive tender.

It has been built on the site of three ageing tennis courts that have been removed and is close to the park’s outdoor gym, mini-golf and beach volleyball courts.

Plans to hold a launch event, which is likely to have attracted a large crowd, were cancelled because of the COVID pandemic.

The existing playground, which was installed around 25 years ago and had reached the end of its life, has been dismantled. This area will be grassed over and returned to its natural state.

St Albans City and District Council, which owns the park, organised efforts to provide the new playground with help from community group Verulamium at Play.

Verulamium at Play was set up to campaign for the facility and raised more than £60,000 of funds.

I am hugely impressed by this fantastic new community asset which will bring great fun and joy to thousands of our residents and visitors for years to come.

It is one of the most extensive playgrounds I have seen in a public park and has an astonishing number of rides and other features that children are going to love.

The opening of the playground is the culmination of several years of campaigning and fund raising and I thank all those who were involved with that.

It has been clear for a long time that the District’s flagship park was badly in need of a new play area, but all the money needed to provide it was not available in our hard-pressed budget.

Verulamium at Play helped immensely with a fund-raising drive and representatives from the group joined a panel that chose the final design so that they were heavily involved in the whole process.

We have delivered an imaginative, interactive play area, packed with exciting and engaging features in an outdoor place where people are allowed to come during the current lockdown.

We listened to what children and parents wanted from the very start of this project and hope they love what's been delivered.

Our Roman heritage and inclusivity were at the heart of the design. All of us at Verulamium at Play are absolutely delighted to be bringing this early Christmas present to the children of St Albans and District.

Additional funds for the project came from S106 payments given to the Council by property developers.

This is money for community infrastructure in recognition of the impact a new development may have.

The Council’s City Neighbourhoods Committee, which manages some of the City’s community assets, also contributed to the project.