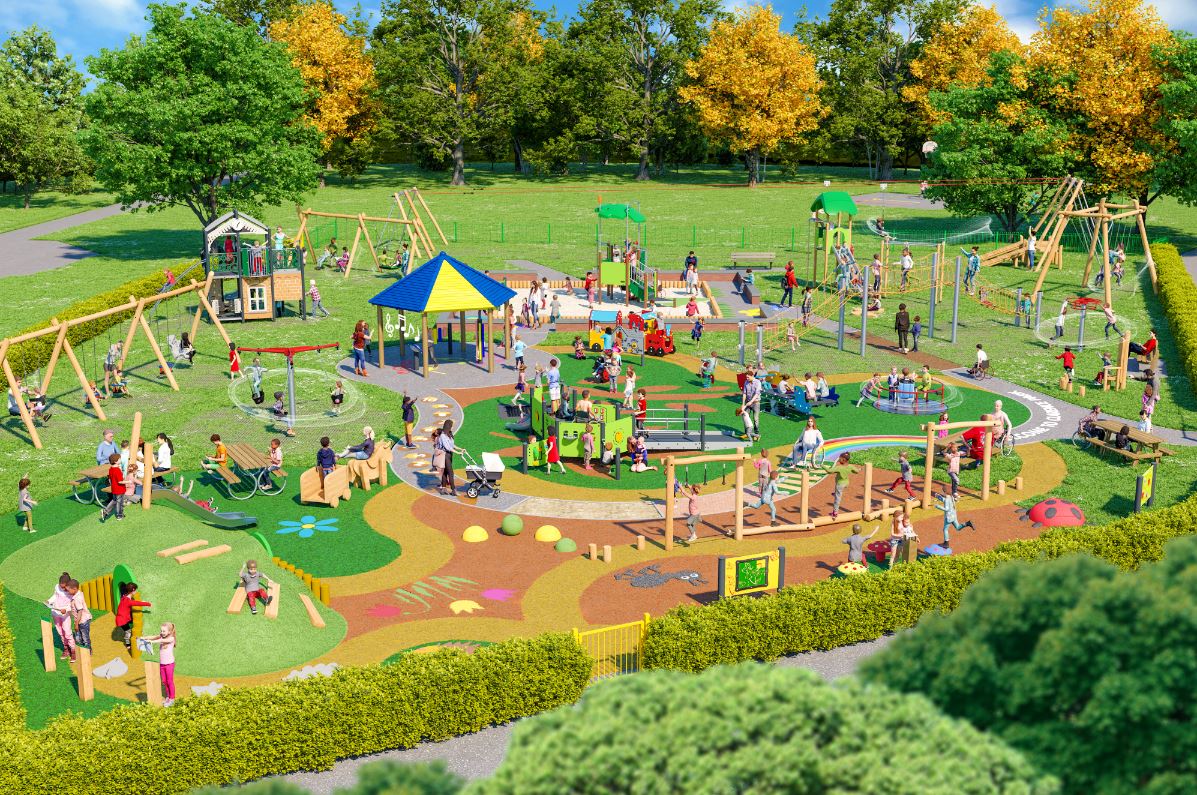 Work is to begin next month on a new £220,000 children’s playground at Clarence Park in St Albans.

The attraction will include over 35 exciting features including a rope bridge, musical bandstand, swings, cricket pavilion multi-play unit, slide and zip wire.

The play area was designed by specialist firm Kompan which was also the contractor for the new Verulamium Park play area.

Work on the Clarence Park project will begin on Monday 8 March when the existing playground will be closed.

It is likely to take six to eight weeks to complete with the new play area launched in time for the busy summer months.

The existing playground was installed around 25 years ago and had reached the end of its life.

St Albans City and District Council, which owns the park, has worked on the project with the local community group Clarence Play.

Clarence Play helped organise efforts to raise funds and were consulted about the concept designs.

I am delighted that the construction of the new Clarence Park play area will soon be underway.

It’s about time that this popular, flagship park had a new, first class playground that will be enjoyed by young children and their parents for many years to come.

It is being built on the site of the old playground which will be closed while it is dismantled while the new one is built in its place. I’m sure park visitors will put up with this inconvenience for a few weeks while they wait for the new attraction to open

The new Verulamium play area has been a raging success and I have had nothing but positive feedback. I am confident this will be the case with the Clarence Park project, too.

The Council’s City Neighbourhoods Committee, which manages community assets in the unparished area of St Albans, provided £137,500 from its budget.

Waste contractor Veolia provided a grant of £67,000 and the rest of the finance came from S106 payments, money contributed by property firms for community infrastructure.

Picture: an artist’s impression of how the new play area will look; please note that some park trees not shown in the image will not be removed.