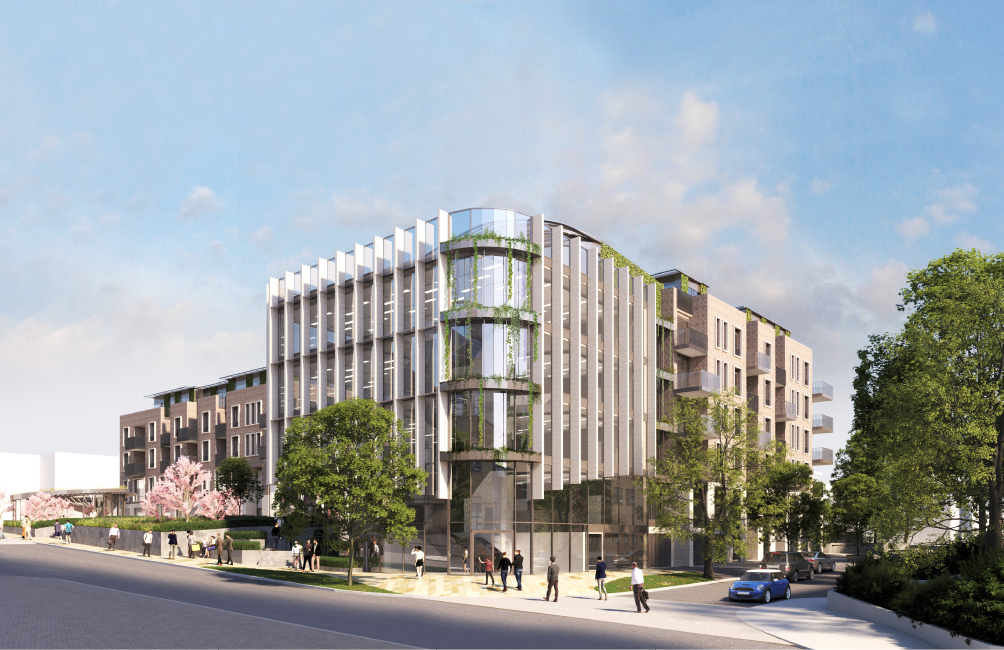 Comments and questions about a major St Albans City Centre development are to be put to the project team at an online meeting open to the public.

Residents, community groups and businesses which want their voice heard are invited to send in their views.

St Albans City and District Council is developing an area on the corner of Victoria Street and Bricket Road, the site of a former police station and NHS clinic.

Plans that were approved in 2018 are being replaced by a new design following a public contest earlier this year.

The new design - which will require planning permission - features 93 homes, more than 6,000 square metres of commercial space and around 100 car parking spaces.

Its most prominent building will have a curved, glazed façade and will be separated by lush green walls from an adjacent residential block.

The development is known as the City Centre Opportunity Site South (CCOS South) and the cost has been recalculated at £65.8 million.

The plans will be discussed at a meeting of the Council’s Planning, Resources, Housing and Commercial Scrutiny Committee on Thursday 11 June at 7pm.

Anyone who wants to make a contribution to the debate can do so by emailing their views to scrutiny@stalbans.gov.uk by 3pm on the day.

The Committee’s Chair, Councillor Paul Cousin, may then raise the main questions and issues that emerge at the meeting.

These will be put to Councillor Robert Donald, Portfolio Holder for Commercial and Development, and Senior Officers.

Cllr Cousin said: “The revised CCOS South plans have been called in for examination by a number of the Committee’s members.

“They have raised concerns about a variety of issues including the cost, the transparency of decision making and the housing mix.

“These, I am sure, will be raised at the meeting and I also want to hear from the public about what concerns they may have.

“This is a huge development, one of the biggest ever undertaken by the Council, and it is important that we make sure that it represents value for money and makes the best possible use of this key City Centre site.”

The meeting will be available watch live or afterwards as a webcast here: https://stalbans.public-i.tv/core/portal/home.