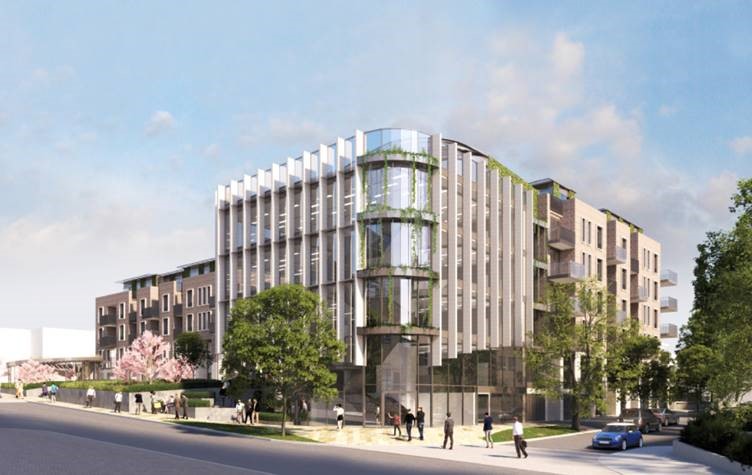 A revised budget for a multi-million-pound St Albans City Centre development should be voted on next month, Councillors have proposed.

The updated financial figures should include an assessment of whether there is any risk to future property values from the Covid-19 emergency.

St Albans City and District Council is developing an area on the corner of Victoria Street and Bricket Road, the site of a former police station and NHS clinic.

Originally, the project cost was estimated at £60 million while a new design chosen earlier this year after a public vote has seen that figure rise to £65.8 million.

The altered plans were examined at a meeting of the Council’s Planning, Resources, Housing and Commercial Scrutiny Committee on Thursday 11 June.

The Committee has recommended that the revised budget should be put before a meeting of the Full Council on Wednesday 8 July and agreed upon.

It also proposed that information about the project’s environmental impact should be given to Full Council.

A further recommendation was that in future changes to large projects should be looked at by Scrutiny Committees before they are advanced.

The Committee’s final proposal is that public votes on designs or other issues should follow a more robust and secure process.

Councillor Paul Cousin, the Committee’s Chair, said after the meeting:

We had an excellent discussion with submissions from community groups along with questions from the public and I thank everyone for their contributions.

I think it’s fair to say that not everyone is behind the new design, but leaving that aside, three major concerns emerged. These included the increase in the development’s costs that have resulted from the revised plans.

It’s vital that the Council is financially transparent and that all Councillors should get the chance to consider the changes to the budget that the new design has resulted in. We need to discuss details such as the amount the Council may have to borrow and the service charges that social housing tenants would have to pay.

A number of issues with the public vote on the new design were raised. It was felt in theory people could have voted more than once or be from outside the District.  The view was that the process needs to be improved in any future exercises of this sort.

There was also a feeling that major changes to large-scale projects should be brought before Scrutiny Committees at the earliest possible stage so they can be thoroughly examined before any actions are taken.

This is one of the biggest development projects undertaken by the Council and we have to ensure that Councillors get full information on it so they can decide if it will deliver value for money.

Plans for the development area, known as the City Centre Opportunity Site South (CCOS South), were approved in 2018. These have now been replaced by a new design which beat two other proposals in a public vote.

This new design - which will require planning permission - features 93 homes, more than 6,000 square metres of commercial space and around 100 car parking spaces.

Its most prominent building will have a curved, glazed façade and will be separated by lush green walls from an adjacent residential block.

Councillor Robert Donald, Portfolio Holder for Commercial and Development, Senior Officers and the project’s architects explained the development and answered questions at the meeting. A webcast can be viewed here: https://stalbans.public-i.tv/core/portal/home.